German intelligence employee arrested on suspicion of spying for US on Bundestag NSA committee | News | DW | 04.07.2014

A member of Germany’s foreign intelligence agency has been detained for possibly spying for the US. The 31-year-old is suspected of giving a US spy agency information about a parliamentary inquiry of NSA activities. 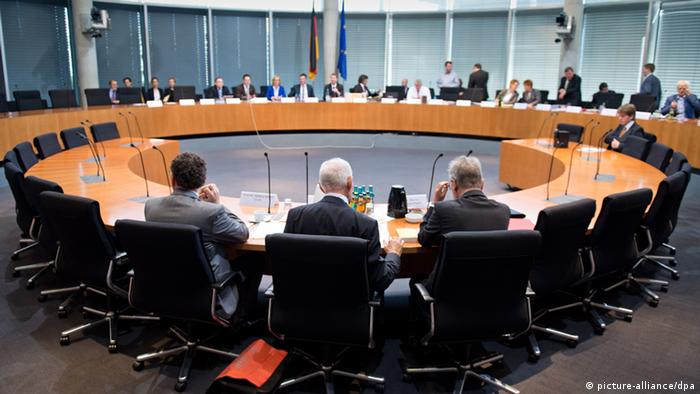 German media said on Friday that an employee of the country's foreign intelligence agency (BND) was being held in police custody under the suspicion of espionage. The information was reported by public broadcasters NDR, WDR and the news daily Süddeutsche Zeitung.

According to initial reports, authorities apprehended a 31-year-old member of the BND on Wednesday.

Germany's Federal Prosecutor confirmed the following day that he had been arrested on the "strong suspicion" of spying activities.

During questioning, the suspect reportedly told investigators that he had gathered information on an investigative committee from Germany's lower house of parliament, the Bundestag. The panel is conducting an inquiry into NSA surveillance on German officials and citizens.

A spokesperson for the Federal Prosecutor's office declined to provide further details about the case, according to news agency AFP.

German-US relations have been on the rocks since revelations of mass surveillance not only on German citizens, but also on Chancellor Angela Merkel and other politicians made headlines last year.

'Not something we take lightly'

Chancellor Merkel's spokesperson, Steffen Seibert, confirmed on Friday that both she and the investigative committee had been briefed on the situation.

The chancellery would wait until police had concluded their investigation before taking action in the case, which Seibert described as "very serious."

Espionage is "not something we take lightly," Seibert told reporters in Berlin.

It was not immediately clear whether the German chancellor had discussed the incident with US President Barack Obama on Thursday night during a telephone call about the crisis in Ukraine.

William Binney, the former NSA technical head, accused the NSA of having a "totalitarian mentality" and wanting "total information control" over citizens in breach of the US constitution. It was an approach that until now the public had only seen among dictators, he added.

The second former NSA staffer, Thomas Drake, also alleged the NSA was exercising the ultimate form of control. According to Drake, almost all data transited Germany was accessed by the NSA and Germany's foreign intelligence agency, the BND.

Among the questions the Bundestag committee wants answered is whether German intelligence services had worked with the NSA.