German monthly inflation rose more than expected in December, hitting the highest level in more than three years, and positively rounding off a dismal year for central bank efforts to push prices with monetary policy. 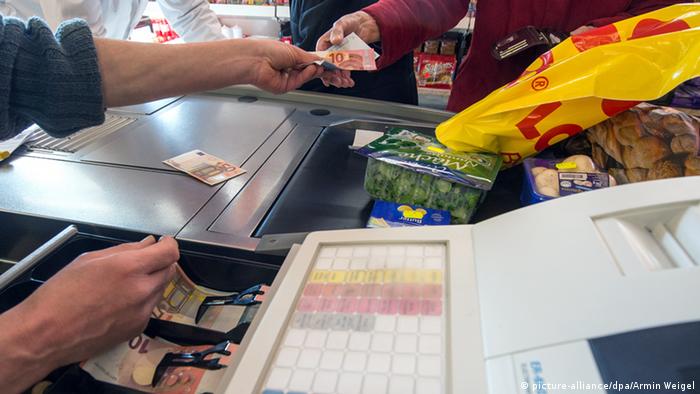 Preliminary data released by the German statistics office, Destatis, on Tuesday, showed German consumer prices rose by 1.7 percent on the year in December after an increase of 0.7 percent in November. The reading is close to the ECB's inflation target of near 2 percent and was the highest monthly inflation rate since July 2013.

A breakdown of the non-harmonized data showed rising energy prices and higher food costs were the strongest drivers behind the overall increase.

"These are really strong inflation figures," DZ Bank economist Michael Holstein said, adding that negative base effects of past oil price drops were now fading out. Therefore, German inflation is likely to reach the ECB's target in the coming months, he estimated.

The significant rise in German inflation at the end of the year wasn't, however, able to boost the whole-year figure substantially.

In 2016, German prices climbed an average 0.5 percent, compared with 0.3 percent in the previous year. On a month-by month basis, prices even fell into negative territory twice, before rebounding since May.

Nevertheless, rising inflation in Europe's biggest economy is welcome news for the European Central Bank (ECB). The ECB has been pouring massive amounts of money into the eurozone economy in an attempt to boost inflation from a near-deflationary level and kickstart sluggish growth in the currency area.

The German data may mean that the wider eurozone inflation figure, due on Wednesday, will probably come in stronger than expected as well. Capital Economics analyst Jennifer McKeown said she now expected a sharp increase to around 1.2 percent from 0.6 percent in November. Still, price pressures elsewhere in the eurozone would remain more muted than in Germany, she added, pointing to French inflation only creeping up to 0.8 percent in December.

"Accordingly... we doubt that this will lead the ECB to reconsider its policy support," McKeown told the news agency AFP.

While rising prices may be good news from a pan-euro zone perspective, they do not necessarily bode well for the German economy. It has been relying on private consumption, a booming construction sector and government spending for growth.

"Indeed, a temporary energy-related rise in inflation this year will dent real incomes growth, which is a key reason why we expect the economic recovery to slow," McKeown said.

The German government expects the economy to have grown by 1.8 percent in 2016 and predicts growth to slow to 1.4 percent this year, mainly due to fewer workdays and weaker exports.