German hospital gripped by outbreak of multiresistant bacteria | Germany| News and in-depth reporting from Berlin and beyond | DW | 26.01.2015

A team of experts has arrived in Kiel following an outbreak of a multiresistant pathogen at a university clinic. At this point, 27 patients have been infected with the strain. Eleven have died. 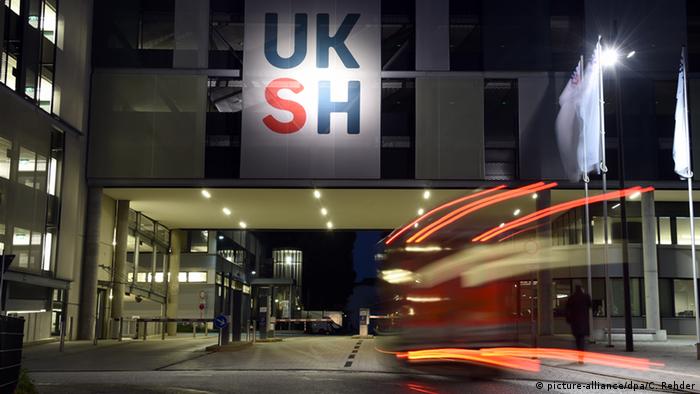 The bacterium in question, Acinetobacter baumannii, has been excluded as the cause of death in nine of the 11 cases, according to a hospital statement. In the other two cases, concerning patients aged 87 and 70, Schleswig-Holstein University Clinic (UKSH) spokesman Oliver Grieve said it "couldn't be ruled out" that the strain was solely responsible for the deaths.

As of Saturday, 27 patients had been infected with the bacterium, which, according to experts, is particularly infectious among patients with immune deficiencies. For patients of normal health, the strain is considered far less dangerous.

The reason for the alarm - and the impetus for flying in a team of leading specialists from the Frankfurt University Clinic - concerns the strain's almost impregnable resistance to antibiotics, the standard treatment of bacterial infections.

"We are dealing with an extremely resistant strain of bacteria," Harald Seifert, a professor at Cologne University's Institute for Medical Microbiology, Immunology and Hygiene, said in an interview with DW. "Over the years, the spectrum of its resistance has grown to the extent that, to my knowledge, only one antibiotic can be used: colistin."

Seifert, who has researched and written extensively on A. baumannii, said it was "safe to assume" that colistin would be administered to the infected Kiel patients, though he added that he "didn't want to speculate" about how his colleagues were proceeding in Kiel. 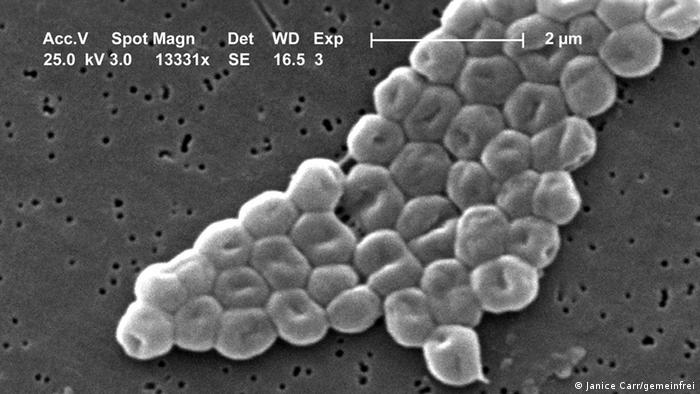 Acinetobacter baumannii is able to persist on artificial surfaces, making it particularly dangerous in hospitals

Hygiene: The key to prevention

According to the Kiel clinic, all necessary steps have been taken to contain the outbreak; all infected patients have been isolated in intensive care. The hospital has also dismissed criticism raised by a number of support groups that allege that mistakes were made with regard to hygiene practices at the clinic.

"It is unacceptable that 40,000 patients die each year as a result of hospital infections," Eugen Brysch, chair of Germany's Institute for the Protection of Patients, wrote in an email statement to DW. "The Kiel infections show just how important it is that we implement an action plan … to establish national guidelines for hygiene practices at every single hospital in Germany."

The German Society for Hygiene and Microbiology, meanwhile, has defended the Kiel clinic in the face of such allegations, declaring that "all necessary steps were taken," and adding that "such outbreaks, despite thorough countermeasures, cannot be completely ruled out."

Seifert of Cologne University said that intensive stations needed to be better staffed - and more thoroughly informed - of what he called the decisive importance of precise hygiene.

"In the end, it's the only real means of prevention," Seifert said. "Given the multiresistant and infectious nature of A. baumannii, every effort should be made to prevent and contain outbreaks; this also requires to allocate sufficient staff including nurses, infection control and infectious diseases specialists. This is a very important point to be made."