German Government Empowered to Caution Citizens | Germany| News and in-depth reporting from Berlin and beyond | DW | 31.07.2002

In a new ruling, the Federal Constitutional Court says the government has a right to warn its citizens about products it suspects may be harmful and groups espousing "pseudo-religious" or "destructive" ideas. 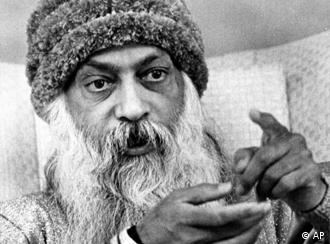 Life in Germany just got a little harder for leaders of bizarre religious cults and food producers with a penchant for adding dubious chemicals to the goods they sell.

Those may seem like disparate groups, but a double Tuesday ruling by the German Federal Constitutional Court in Karlsruhe brought them together for the first time.

The court ruled the government has the right to warn the public of possible threats posed by consumer products or religious cults and sects.

In the first case, the court ruled against wine growers who sued the government for losses they racked up after the government issued a list of wines containing the anti-frost chemical glycol during the mid-1980s.

In 1985, vintners and wine sellers suffered huge sales dips after the government revealed that the fine aroma in some bottles of wine came through chemical enhancement.

The second decision affirmed the government's right to warn its citizens about potentially dangerous religious sects. Between 1979 and 1984, the government issued warnings about the "Osho" religious movement founded by the controversial Indian spiritual leader Bhagwan Shree Rajneesh, who died in 1990.

The court said it is part of the government's duties to issue information at its disposal that could help mitigate public crises. The current food scandals rocking Western Europe demonstrate "how important it is to make authoritative information provided by the government publicly available to help people cope with such situations."

At the same time, the court said the government must limit such warnings to market-relevant facts – unhygienic conditions, dangerous additives or ethically questionable food products, for example.

In cases where a public health risk is suspected, but not all of the facts are known, the government can still issue a warning, the court ruled, but it must also indicate that its findings are inconclusive and be prepared to correct the warning if the facts don't support it in the end.

In the case of the glycol-enhanced wines, the court said that the government acted correctly in listing the names of the wines and producers involved. The list allowed consumers to react swiftly and also provided wine retailers with the information they needed to pull the wines from their shelves.