Police believe a gardener from southwestern Germany planted booby traps intended for his foes in the days before his own death. One explosive device already killed a man, and authorities fear there could be more. 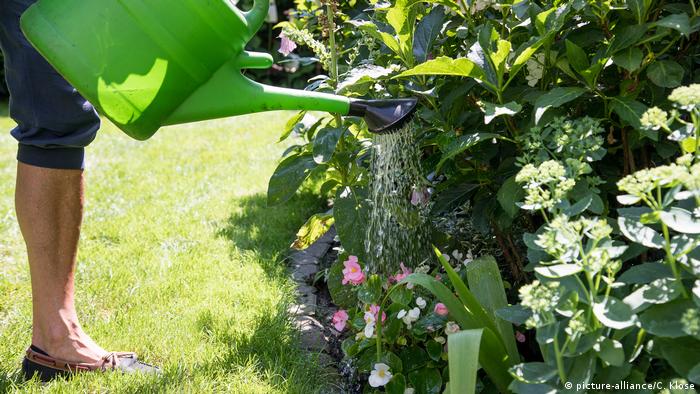 German police have warned anyone who quarreled with now-deceased landscape gardener Bernhard Graumann to be on alert after it emerged that he may have planted bombs to harm those he perceived as enemies.

The 59-year-old was found dead at his home in the town of Mehlingen near Kaiserslautern in the state of Rhineland-Palatinate last week.

Authorities said they believe that the gardener, before his death, installed a booby-trapped device that killed a doctor in a nearby town on Friday. On Sunday, a 37-year-old woman and her 4-year-old daughter were injured when a log of firewood rigged with explosives blew up inside their house. Graumann is alleged to have had disputes with both the doctor and the family.

More booby traps out there?

Westpfalz police spokesman Bernhard Christian Erfort told The Associated Press on Wednesday that his office had received dozens of calls about the case — mainly from people concerned about contact they'd had with the gardener. A special commission has been set up to examine these reports.

Another rigged fireplace log was found Wednesday in a woodpile at the home of a woman in a different town who had clashed with Graumann, police said. That log was destroyed by bomb disposal experts.

Graumann's initial autopsy was inconclusive, but police say there was no sign of foul play. The results of a toxicology report are expected in the coming days.

Investigators said they found black powder and other items that were "in violation of weapons and explosives laws" in a search of the gardener's home.

"It cannot be ruled out that the deceased made other preparations that could endanger further people," they said.

An 800-meter area will be evacuated on Friday morning to allow authorities to defuse a 500-kilogram World War II bomb. Police said there was no immediate danger from the unexploded device. (18.04.2018)

Investigators have arrested a man in Florida in connection with pipe bombs sent to Democrats and Trump critics. Authorities warned that there may be more devices in the mail system than the 13 found so far. (26.10.2018)