German Finance Minister Wolfgang Schäuble has warned of a domino effect of countries leaving the EU, should UK voters decide to quit the bloc. The minister also said that the eurozone was already preparing for a Brexit. 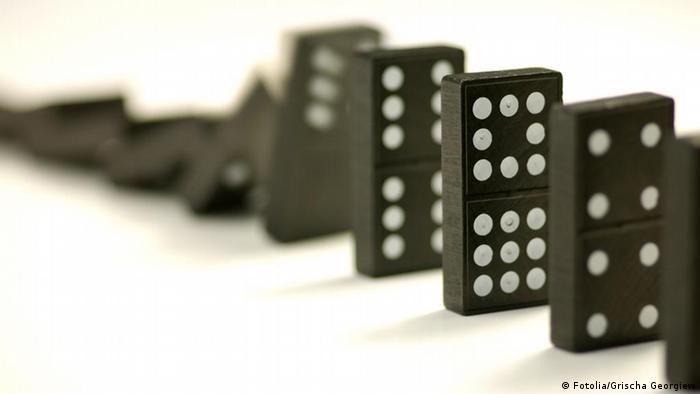 The minister said he could not ignore the possibility that other countries might seek the exit door if Britons vote to leave the 28-member bloc in the June 23 referendum.

"You can't rule it out," said Schäuble in an interview with German news magazine Der Spiegel. "How - for example - would the Netherlands, which has traditionally been very closely allied with Britain, react?"

According to opinion polls, the "Leave" and "Remain" camps in the Brexit debate are roughly neck and neck, with the debate focused mainly on immigration and the economy. A survey by the Pew Research Center published on Tuesday showed growing disaffection with Brussels across the EU, with French and Greek voters even less enamored with the bloc than those in the UK. 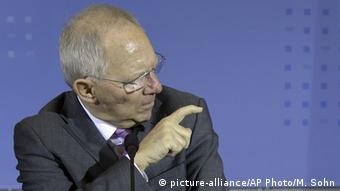 However, Schäuble said he thought that if Britain were the only member state to leave, the EU could survive. "If need be, Europe would work without Britain," he said.

Schäuble warned that Britain could suffer economic damage if it left, as could its partners in the eurozone.

"It would be a miracle if Britain quitting does not have any economic disadvantages," said Schäuble, adding that he and his eurozone counterparts were planning measures to limit any economic damage. "We're preparing for all possible scenarios," he said.

Either in, or out

The minister ruled out the possibility of Britain being allowed to benefit from being a member of the single market like Switzerland or Norway. Both countries must adhere to the principle of free movement of labor and people across the EU - a key reason that many Brexiters give for wanting to leave.

"For that the country would need to stick to the rules of the club that it now wants to quit," Schäuble said, stressing that a decision to leave the EU meant also leaving the single market. "In is in, out is out," he said.

The Pew survey found that 71 percent of French voters had a negative impression of the bloc, with 38 percent saying they believed it to be beneficial overall.

The same poll showed that 48 percent of British voters survey were unfavorable to the EU, with 44 percent in favor. In other countries, such as Germany, Spain and the Netherlands, a small majority were in favor, with Italians, Hungarians and Poles among the bloc's biggest fans.

In Greece, an overwhelming 71 percent were against Europe, with just 27 percent in favor.

Schäuble on Friday told a conference hosted by Deutsche Bank that Greece had implemented the majority of economic reforms required of it under the terms of its bailout package with the EU.

"Greece has largely implemented the reforms. Greece can begin to stand on its feet again and regain access to the financial markets," he said.

Although Greece and its international creditors agreed to the bulk of reforms needed for the latest tranche of bailout cash in May, issues have yet to be resolved before before Athens can receive 10.3 billion euros ($11.48 billion) by September.

Economists warn of Brexit, but not everyone's convinced

The question of whether Brits should vote to remain a member of the European Union or go it alone rarely fails to evoke some level of emotion or trigger the occasional riposte. A recent debate in Berlin was no exception. (01.06.2016)