German Finance Minister Wolfgang Schäuble has warned against the idea of Britain leaving the EU, claiming it would be "catastrophic." The comments came after the UK failed to stop an EU agreement on new banking rules. 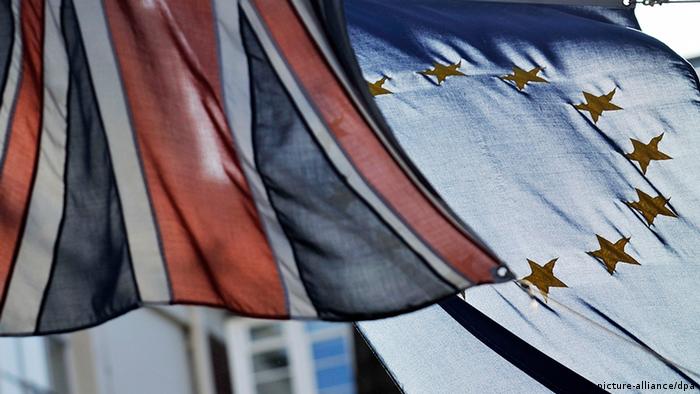 Schäuble spoke in remarks published on Saturday, after Britain was left isolated at a meeting in Brussels, having failed to water down new regulations that will cap bankers' bonuses.

In a long-awaited speech, British Prime Minister David Cameron has called for extensive reform of the EU, and announced a referendum on British membership. But many in the EU don't like his attitude. (24.01.2013)

Finance ministers on Tuesday backed proposals to limit bankers' pay to twice their annual salary - despite strong objection from Britain on the grounds it would harm competitiveness and affect London's position as a financial hub.

The following day, British Prime Minister David Cameron appeared to suggest the UK might invoke its national interests to delay or amend the EU draft directive.

However, in an interview with the Austrian newspaper Der Standard, Schäuble said that Europe should use as much flexibility as it could so that Britain - home to some 40 percent of the EU's financial service industry - could be included in the regulations.

"We would not be happy as a majority to decide against a member state that is affected by a regulation in a very particular way,” Schäuble said. “You cannot argue that Britain, with such a strong banking center as London, would not be hit harder than others."

British exit ‘would be a catastrophe’

While the minister said there was no doubt that the regulations should be put into practice, he added that Britain should not be made to feel ostracized. Cameron has offered voters in the UK the chance to vote in an "in-out" referendum on EU membership if he is re-elected as prime minister it two years time.

"We have to try not to make the British think ‘Europe isn't concerned about us, we will leave,’" said Schäuble. "Try to imagine explaining to, for example, an Indonesian, that Europe is an incredibly strong, dynamic entity but that it is not in the position to keep a globally oriented member such as Britain. The damage to our reputation alone would be a catastrophe."

The issue of bankers' bonuses is something of a political tightrope for Cameron. While he is eager to be seen defending the interests of the City of London as a banking center, the notion of protecting bankers' bonuses is unpopular with a large swathe of British voters.

The European Parliament is set to vote in April on the measures, drawn up in part as a response to internationally agreed rules - the Basel III regulations - aimed at preventing a repeat of the banking crash of 2008.