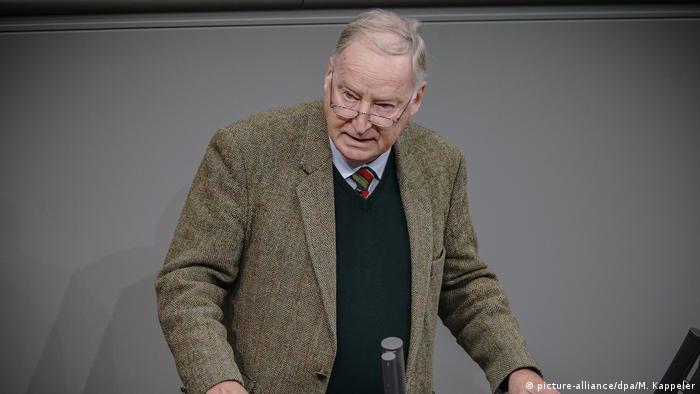 A leading member of Germany's far-right Alternative for Germany (AfD) party on Thursday lost parliamentary immunity as federal officials carried out raids on the politician's addresses over accusations of tax evasion.

German lawmakers stripped AfD politician Alexander Gauland, 78, of the immunity granted to him as a parliamentarian in response to prosecutors' request for permission to carry out "search and seizure decisions ordered by a court."

The public prosecutor's office said Thursday that searches at addresses in Frankfurt and Brandenburg had been carried out, with sources within the AfD confirming that the politician's personal apartment in Potsdam had been searched.

Last year prosecutors began investigating Gauland, the party's honorary chairman and one of that AfD's founding members, because of "personal tax errors."

The case is distinct from an investigation into fellow AfD parliamentarian Alice Weidel, who has come under fire for reportedly accepting illegal party funding.

Gauland is a high-profile figure within the AfD's ranks and helped it become the largest opposition party in the Bundestag.

Earlier this week, the politician was criticized for purportedly sleeping through a speech delivered before the German parliament by Israeli President Reuven Rivlin following the 75th anniversary of the liberation of Auschwitz.