Family-owned companies like Aldi, Würth and Haribo are often described as the backbone of the German economy. But gender equality and diversity appear to be weak spots in their dynastic business cultures. Nicola Leibinger-Kammüller (pictured above) is a notable exception to the rule. The CEO of German machine-building and laser-manufacturing company Trumpf is one of a mere handful of female top-level executives in the country's family-owned businesses sector.

Only 7% of senior management positions in the 100 biggest firms held by German families are women, a new survey released on Wednesday by the German-Swedish AllBright Foundation has found.

Often founded more than a hundred years ago, those businesses maintain "a leadership culture that appears as old as the companies themselves," the foundation says in a report titled: Die deutschen Familienunternehmen: Traditionsreich und Frauenarm (German family-owned businesses — rich in tradition and lacking women).

AllBright Foundation is a politically independent nonprofit organization with headquarters in Stockholm and Berlin. The foundation works to "promote more women and diversity in executive business positions."

Focusing on equal career opportunities and better company results by diverse and modern management teams, the organization finds that much of this is wanting in those businesses in Germany.

Extremely homogeneous at the top level

Hardly any of the German family-owned firms are still run by the traditional family patriarch who wants to keep control and sometimes shows a personal bias against female executives. Operational business, in most cases, is managed by hired executives or family members who rely on professional advice from outside.

But while the companies’ leadership structures may be different, the group of people managing those firms at the very top seems to be homogeneous and the same everywhere: male, German and advanced in age. They've often landed their jobs through private and exclusive networks in which women are traditionally less visible. 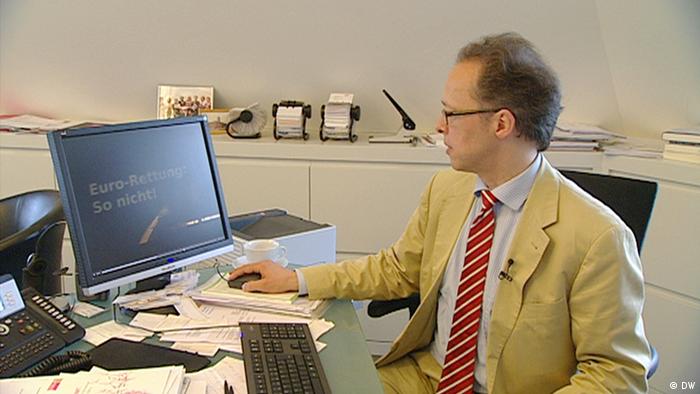 Male heads of family-run businesses are still pretty much the rule in Germany, and the situation looks unlikely to change very fast

Conventions seem to be dominating executive job hiring in the sector, the AllBright report says, as only 3% of the current CEOs in the Top 100 of German family-owned businesses are women. Among them are the aforementioned Leibinger-Kammüller and Anna Maria Braun of medical equipment manufacturer B. Braun Melsungen — the only two executives hailing from the families of owners.

AllBright Foundation has called this hiring continuity "negative for companies," but noted that some family owners were realizing the downsides and considering more female applicants in hiring for top jobs.

In publicly-listed corporations, chief executives are routinely picked by executive and supervisory boards. That's not so easy in family-owned businesses where decision-making is more complex. There, a group of proprietors is often involved and the family-owner wields special rights and informal influence.

Those proprietary boards, too, are mainly made up of male members, AllBright Foundation has found, with only 36 women sitting on them in all of the 100 biggest family businesses. That's because the owners often chose men over women to represent their interests in the key decision-making bodies.

Small wonder that companies with a stronger representation of women on their boards have more female executives in their managements, AllBright says.

Reinhold von Eben-Worlee, president of the influential association of family-owned businesses (Die Familienunternehmer), says the AllBright report's facts and figures "speak volumes" about the lack of gender equality in the sector.

"In essence: The competence of women in management is still being underrated in German firms," he wrote in the annex of the report.
Eben-Worlee's view is underscored by the report's authors, who conclude: "Diverse makeups of leadership teams are improving innovation and are finally making better decisions."

The quest to find the right manager