German expert expresses concern over military action in Libya | World| Breaking news and perspectives from around the globe | DW | 18.03.2011

Deutsche Welle spoke to Christian Schaller of the German Institute for International and Security Affairs (SWP), who says Western military action in Libya could escalate into a long-term problem. 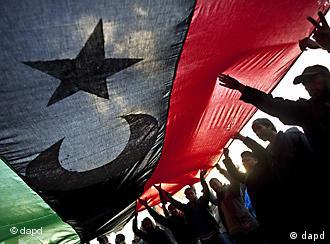 Christian Schaller is deputy head of the global issues research division at the German Institute for International and Security Affairs (SWP).

Deutsche Welle: Will we see Western troops in Libya?

Christian Schaller: Different scenarios are possible. It's possible that the Gadhafi regime now gives in, and signals that it is ready to negotiate and possibly withdraw militarily to buy some time to avert a military invasion. It's also possible that he decides to escalate the attack or use different weapons. But it's difficult to judge which is most realistic. There is a danger that the violence could now escalate, and you have to know what you can do in that case.

But surely the outside threat will deter Libya?

One always has to think what the possible long-term consequences are. The point is that if you decide to take military action - even if it's just from the air at first - you always have to think that at some point in the future you may have a responsibility to extend this no-fly zone on the ground. At some point you have to escalate the situation.

If the no-fly zone limits the government troops and strengthens the rebels, that could also end up extending the conflict. The fighting could become more intense, and then the question would be: do you go the whole way? Do you send more troops into the country to balance out the conflict, so to speak? And then the next question would be: how do you get out of that situation?

Does this mean Gadhafi will stay in power?

The thing is that the resolution doesn't say anything about regime change or about deposing or arresting Gadhafi. It's also open to question to what extent you can stretch the room for maneuver the resolution offers. And what would come afterwards politically is also a completely different question. But I think there are no concrete concepts in a drawer at the United Nations at the moment. It seems at the moment all they want to do is protect civilians from worse violence.

So does the UN resolution go far enough, or is it too little too late? 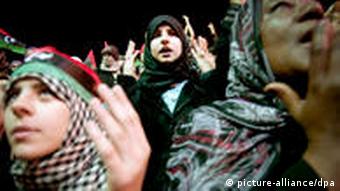 Libyan rebels were desperate for a no-fly zone

The UN resolution is relatively interesting, because it did seem to go further than had been expected. We expected just a no-fly zone. My reading of the resolution - and this is open to debate, of course - is that military measures on the ground would certainly be allowed. Particularly the formulation "to take all necessary measures to protect civilians and civilian populated areas, while excluding a foreign occupation force of any form on any part of Libyan territory." This does not say that you can't engage militarily on the ground.

Were too many concessions made to Russia, China and Germany?

By ruling out an occupation force, that is of course a political signal to all critics that this will not be a case like Iraq, with a foreign military force being stationed there for years. This is really just the short-term aim of protecting civilians. The escalation of the situation in the last few days has obviously brought about this resolution, but they could have come to this conclusion earlier.

But I can't say for sure what the dynamic was in the negotiations. It's not been made public what the original resolution was that France presented to the Security Council, but it does seem to show the limits applied by Russia, China and possibly Germany.

After the UN Security Council approved a resolution for a no-fly zone over Libya, NATO is scrambling to implement it as quickly as possible. But time could be running out for the Libyan rebels. (18.03.2011)