Germans are moving abroad in record numbers. According to the latest migration statistics, around 145,000 Germans left home for greener pastures last year, the highest tally since 1950. 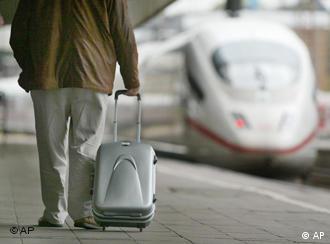 Germans are packing up and moving out

Maybe it's the high unemployment. Or it could be poor working conditions or the search for advancement. Just maybe, it is the lure of a new adventure overseas.

Whatever the reason, a record number of Germans are packing their bags and saying auf Wiedersehen to their homeland.

According to the Federal Office of Statistics, about 145,000 Germans emigrated in 2005, the highest number since just shortly after World War II.

The statisticians in Wiesbaden also recorded changes in Germany's immigration levels for foreigners.

Last year, 579,000 foreigners came to Germany, down 4 percent compared to the previous year. That means that for the first time since reunification in 1990, the number of foreigners moving to Germany was below the 600,000 person mark.

These changes to migration patterns are arising at a time when German officials are already fretting about keeping highly skilled workers in the country, and attracting qualified immigrants. With the German population both aging and shrinking, experts are predicting labor shortages and rising retirement costs in the next decade.

Because Europe's biggest economy has suffered record unemployment in recent years -- the seasonally-adjusted jobless rate is currently almost 11 per cent -- a number of highly qualified Germans are looking for work abroad. 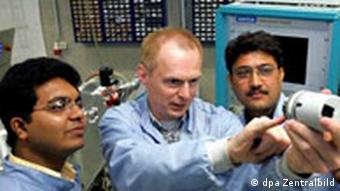 In 2004, the Federal Job Agency referred 3,389 specialists to openings abroad. Hundreds of scientists move to the US annually because of better opportunities and salary. About 45,000 Germans worked in Austria in 2005, the largest group of foreigners there. And hundreds of dentists have gone to Scandinavia, where there are lucrative posts.

There is no exact breakdown of what professions are emigrating but experts say that Germany is losing some of its best minds.

"It's absurd," said Klaus Bade, professor at the Institute for Migration Research and Intercultural Studies in Osnabrück. "We are exporting top workers to the West, and we're importing tractor drivers and dairy farmers from the East."

The German economy is suffering from a shortage of skilled labor, something business leaders have warned of for years. Now they're calling for far-reaching policy reform to bring more skilled workers into the country. (July 6, 2006)

As euroskeptics across the continent smugly salute France and Holland for crushing the EU constitution ratification process, a migratory trend among German workers validates the benefits of cross border labor markets. (June 9, 2005)