German election could be won by early voting | Germany | News and in-depth reporting from Berlin and beyond | DW | 30.08.2017

German election could be won by early voting

Election day in Germany isn't until September 24. But what if the decisive votes have already been cast? More and more Germans are choosing to vote early, which also changes who loses and who wins. 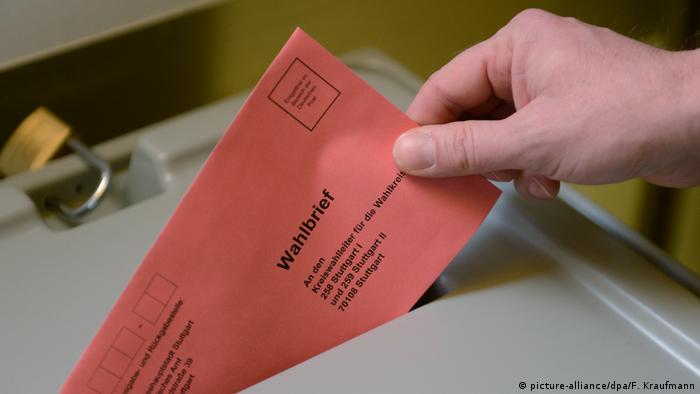 More people in Germany are skipping the trip to the voting booth and casting their ballots ahead of   election day. In 2013, 24.3 percent of German voters cast their ballots early and by mail, and Cristina Tillmann, director of the Future of Democracy Program at the Bertelsmann Foundation, said that number could rise even further this time around.

"Mail-in voting is here to stay," Tillmann told DW.  "It's become a full-fledged alternative to going to the polls in the real lives of voters, so it's no longer an exception, even if it's legally still defined as one. Parties and election workers need to reckon with a quarter or even 30 percent of voters casting their ballots early." 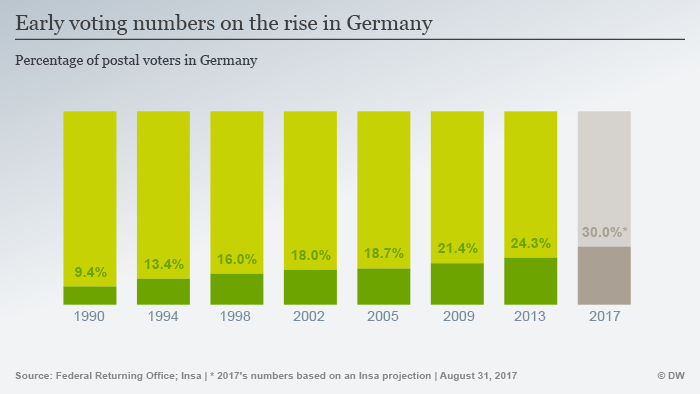 The trend reflects the fact that fewer people's lives conform to the traditional Monday-to-Friday, nine-to-five structure. As increasing numbers of people vote early, many make up their minds later in the pre-election phase.

"More and more citizens no longer belong to traditional social sub-cultures with connections to specific political parties," University of Mannheim political scientist Marc Debus told DW. "More and more voters are independent in terms of political parties, and they also make up their minds later in the process. At the same time, in comparison to the past, more people work on Sunday or are otherwise occupied professionally or in their private lives."

But early voting does more than just reflect changes in German society and culture, it also has the potential to change the outcomes of elections. And that's something that has not escaped the notice of politicians.

There is no doubt that the CDU-CSU union under Chancellor Angela Merkel is taking early voters seriously. For the first time in their history, the conservatives have tailored a special campaign for mail-in voters, including 400,000 packages of campaign material and a special online video advertisement.

That, combined with targeted door-to-door campaigning, is a centerpiece of the Christian Democratic Union's strategy. When launching the campaign early last month, CDU Secretary General Peter Tauber explained why. 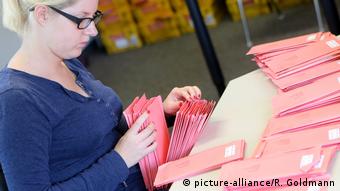 The free-market, socially liberal Free Democratic Party is also putting a lot of emphasis on mail-in and early voters - with good reason. In Germany's last national election in 2013, the FDP did 40 percent better among people who cast their ballots by mail than among those who went to polling stations.

"Especially in the final few weeks, we try to target people directly and say 'Cast your ballot by mail - take the opportunity,'" FDP press spokesman Felix Droste told DW. "It's easy and simple."

Nonetheless, while early voting may be convenient and increasingly popular, it remains controversial. 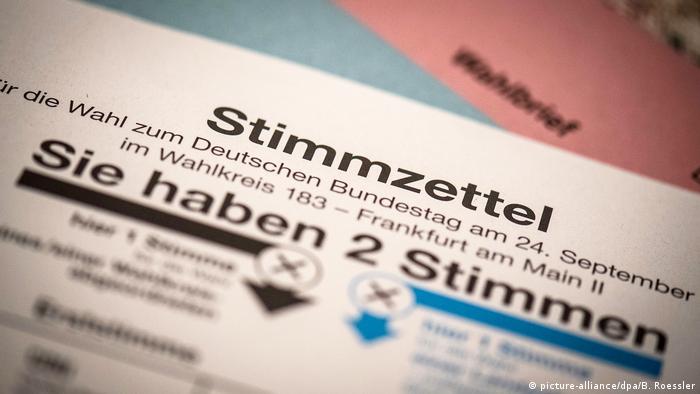 Germans vote for parties and their local district candidates, not directly for the chancellor

Submitting absentee ballots by mail or otherwise voting early has a long history in the United States and Britain, but it has been historically viewed with skepticism in Germany. The possibility of voting by mail in Germany was introduced in 1957, and before 2008 those wishing to post their ballots had to apply for permission and provide a reason why they couldn't show up at their local polling station. Now, in addition to voting by absentee ballots, German voters can go to their local election headquarters to cast a ballot before election day.

Critics still say early voting undermines the purpose of political campaigns since votes are potentially cast before voters have all the relevant information.

"If shortly before election day something major happens, like a terrorist attack, or a scandal concerning a leading candidate breaks, voters who've already cast their ballots by mail can't change their minds," explained Debus.

But the Social Democrats (SPD), who currently trail the conservatives in public opinion polls and need late deciders to break their way, don't share these qualms.

"The danger of many postal voters changing their minds in the final weeks is quite small," SPD spokesman Philipp Geiger told DW.

Supporters argue that postal voting is far more inclusive and benefits groups like handicapped people who may find it physically difficult to vote. In Berlin, for example, over 30 percent of polling stations are not completely handicapped-accessible.

Tillmann said the great advantage of allowing people to cast early absentee votes is that it increases voter participation across the board. She cited the example of Hamburg's public referendum in which masses of people used mail-in ballots to reject the city's proposed Olympic bid.

"From our perspective, there's no reason not to get rid of all the obstacles and allow people to vote by post without having to apply for mail-in ballots," Tillmann said. 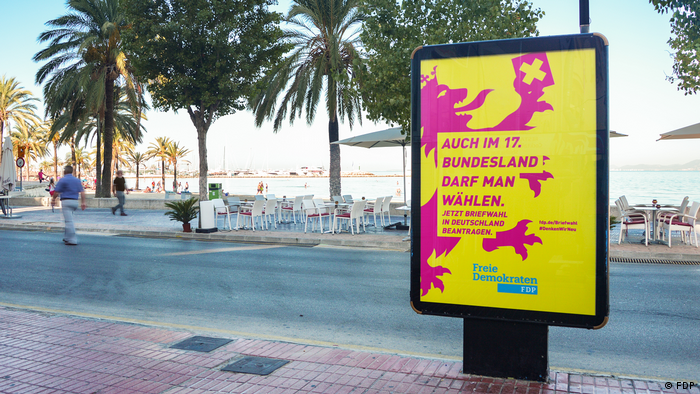 While Merkel and the conservatives look certain to win the most votes in September, slim margins can have big effects in German elections. In 2013, if only mail-in votes had counted, the FDP would have easily cleared the 5 percent hurdle needed for parliamentarian representation. As it stood, the Free Democrats missed out by 0.2 percent.

So the FDP is going after every vote it can this time. They even have a campaign specifically targeting voters on the Spanish island of Majorca, which is so popular among German tourists that it is jokingly referred to as "the 17th state of the Federal Republic."

"It would be crazy for us not to exploit this trend, especially since our competitors have also made it a priority," Droste said. "We can't afford to miss out."

Public opinion surveys put the conservatives and the FDP together right on the cusp of the parliamentary majority needed to form the next German government. So it's not inconceivable that a few thousand votes could tip the balance.

In regional elections in Germany's biggest state, North Rhine-Westphalia, in May, voter participation was up thanks in no small measure to mail-in ballots. The conservatives and the FDP earned a razor-thin one-vote majority in the state parliament, while the right-wing populist Alternative Germany (AfD) did worse than expected, which many experts put down to more people being motivated and able to cast their ballots.

That could be an indicator of what's going to happen in September. In a sense, the decisive votes may be those that have already been cast.

Competing for the Russian-German Vote

The German election campaign at Gamescom

Who will replace Angela Merkel? Will concerns over climate change give a boost to the progressive Green party? Or will the far-right AfD populists come out strong? DW brings you all the news and analysis.

You can get all the information about the German election in DW's English program.