Some countries see the election outcome as "continuity" after Chancellor Angela Merkel's nearly 16-years in office. Others view it as an opportunity for greater cooperation with Germany. 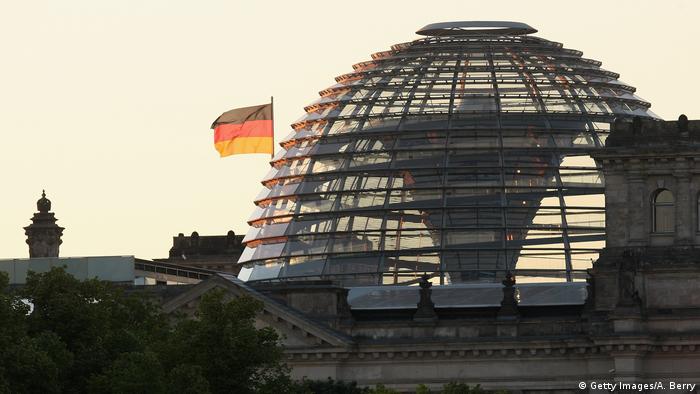 The election results ultimately determine the composition of Germany's Bundestag

Leaders from around the world have expressed their opinions about the results of Germany's election, which saw the center-left Social Democrats (SPD) leading Chancellor Angela Merkel's center-right Christian Democratic Union (CDU).

Some countries believe Germany's new government will be a continuation of Merkel's 16-year reign. Others see a possible new coalition government under SPD chancellor candidate Olaf Scholz as an opportunity for greater cooperation.

Here's a look at how various governments reacted to the outcome.

"I will be darned... they're solid." US President Joe Biden said when asked by a reporter Sunday evening about the results showing the SPD in the lead.

"Here is a country, our close neighbor, that puts great value on moderation, stability and continuity," Beaune told the France 2 broadcaster.

Germany and France are two of the most influential political players in the EU, with the two countries playing a leading role in shaping the bloc's political and security priorities. The two neighboring countries are also close trading partners.

"Congratulations Olaf Scholz and SPD on your victory!" Sassoli tweeted. "After this historic crisis, there is no time to lose: Europe needs a strong and reliable partner in Berlin to continue our common work for a social and green recovery."

European Commission chief Ursula von der Leyen, who previously served as defense minister under Merkel, has not yet commented on the results.

Spain's left-wing Prime Minister Pedro Sanchez said the SPD's strong showing could be an opportunity for closer ties between the two countries.

"Spain and Germany were already very united in our Europeanism and now we have the opportunity to be united in the color and orientation of our governments," Sanchez said Monday while visiting the northern city of Santander.

Kremlin spokesperson Dmitri Peskov said Monday that the Russian government is hopeful for "continuity" after the results.

Germany and Russia: It's complicated

"Of course, we count on continuity in our bilateral relations," Peskov told journalists. He said although the two countries have disagreements on some issues, "we are united by an understanding that problems can and should be solved through dialogue."

Germany has previously condemned Russia's 2014 annexation of Ukraine's Crimean Peninsula and called for the release of imprisoned Kremlin critic Alexei Navalny. At the same time, Merkel has greenlit the controversial Nord Stream 2 pipeline which extends from Russia and Germany.

Poland's conservative PiS government has praised the strong showing by the neoliberal Free Democratic Party, which garnered 11.5% of the vote.

The party and its leader Christian Lindner is expected to play a kingmaker role in forming a new government.

Christian Lindner ready to 'meet and talk' with Greens

"The FDP will tip the scales, which is great news for us," Polish Ambassador to Germany Andrzej Pryzlebski said.

The Polish envoy said there is not a huge difference between a German government led by the CDU or the SPD.

"As for the SPD, there is a fear that there will be too much empathy shown towards Russia, but that relates more to the party leadership than to Scholz," Pryzlebski said. At the same time, he noted that the the Green Party is more cautious towards Russia, which is in line with Polish foreign policy interests.

Although Germany and Poland have close economic ties, the two countries have clashed over LGBTQ rights, World War II reparations and the rule of law, among other issues.

During Merkel's tenure, German-Sino economic ties have grown closer, with major German firms such as Siemens and Volkswagen developing a strong foothold in the country.

At the same time, Greens Chancellor candidate Annalena Baerbock has called for Germany to be tougher on Chinese human rights abuses, such as the treatment of Uyghur Muslims.

What the international media have to say about German election results

Expectations of lengthy coalition talks and a crucial role for two smaller parties, as well as nostalgia for Angela Merkel — the international media is following the German election closely.

German election: Which chancellor hopeful does the EU want?

Armin Laschet, Olaf Scholz or Annalena Baerbock: As Germany prepares to elect a new government, EU countries are watching intently. A look at initial reactions from Paris, Warsaw and Brussels.