A bad week for Donald Trump ended with even traditionally conservative US newspapers coming out against the Republican. German government experts have predicted that a Trump presidency would be bad for the US economy. 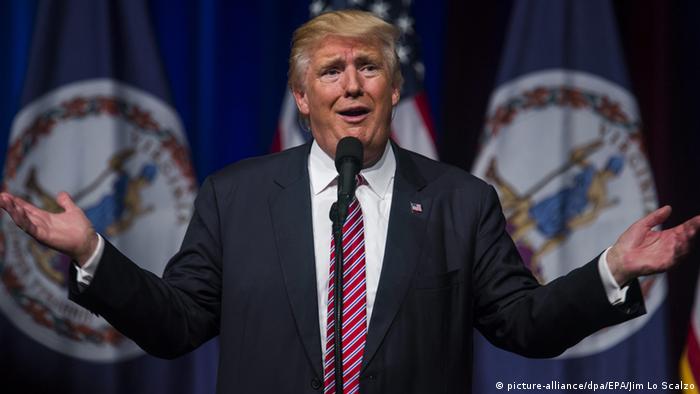 In an internal paper drawn up by the German Economy Ministry, experts say the US economy would suffer if Donald Trump were elected president.

The weekly news magazine "Der Spiegel" quoted the paper as saying that the United States could expect "a shrinking GDP, fewer jobs and higher unemployment" if the Republican candidate were to triumph in November.

Trump has promised to push through the biggest tax cut in US history and renew the country's transportation and communications infrastructures while canceling a majority of its trade agreements with other nations.

He has offered few specifics on how he would finance his proposed expenditures, and the Economy Ministry reports that his plans would violate both US and international law. The experts, who directly advise Economy Minister Sigmar Gabriel, the possible 2017 chancellor candidate for the Social Democrats (SPD), wrote that Trump's ideas were "impossible to put into practice" and "no basis for a realistic economic policy."

The criticism is the latest instance in which prominent German government officials and employees have voiced dismay at Trump. 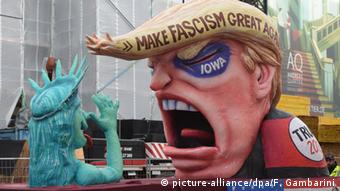 Trump is massively unpopular in Germany and most of Europe

The release of the position paper comes after a week in which German politicians, including Gabriel, were extraordinarily frank in criticizing the Republican.

"Trump has no plan for the United States - to say nothing of the great challenges of international politics," Gabriel said on Tuesday in the wake of the first US presidential debate, which most commentators felt Democratic nominee Hillary Clinton won.

Other SPD and left-wing politicians echoed those sentiments. That was hardly surprising. After all, German Foreign Minister Frank-Walter Steinmeier, of the SPD, went so far as call Trump a "preacher of hate" in August.

What's remarkable is how much criticism Trump has attracted from German conservatives.

"You have to look at his character, and that promises nothing good," Norbert Röttgen, the chairman of the Bundestag's Committee on Foreign Affairs, said in an unusually blistering statement after the debate. He is a member of Chancellor Angela Merkel's conservative Christian Democratic Union.

But "Der Spiegel" also reported that Markus Ederer, the state secretary of the German Foreign Ministry, has met with Trump advisers to talk about foreign policy issues, particularly NATO. Trump has been critical of the status quo within the military alliance and has called for members, including Germany, to bear more of the costs for the joint defense, insinuating that US troops could be withdrawn from Europe if his demands weren't met.

That position, however, has opened up Trump to more unprecedented opposition. 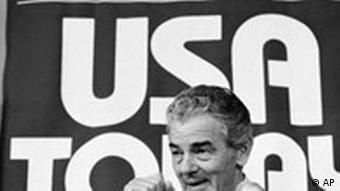 On Friday, the centrist American newspaper "USA Today" announced that, for the first time in its 34-year history, it was taking sides in a presidential election. The "endorsement" was a statement against Trump and not an expression of support for Hillary Clinton, with the newspaper merely advising its readers to "stay true" to their convictions.

"This year, the choice isn't between two capable major party nominees who happen to have significant ideological differences," the paper wrote. "This year, one of the candidates - Republican nominee Donald Trump - is, by unanimous consensus of the Editorial Board, unfit for the presidency."

"USA Today" called Trump erratic, ill-prepared and reckless. It wrote that he "traffics in prejudice ... has coarsened the national dialogue ... (and) isn't leveling with the American people." It also took Trump specifically to task for his foreign-policy statements.

"Whether through indifference or ignorance, Trump has betrayed fundamental commitments made by all presidents since the end of World War II," the editorial board wrote. "These commitments include unwavering support for NATO allies, steadfast opposition to Russian aggression and the absolute certainty that the United States will make good on its debts."

In addition, conservative newspapers in the states of Arizona and Texas broke with long-standing tradition and endorsed Clinton. Trump responded with a tweet saying that those moves would cost the publications readers.

Trump is staying true to his proclivity for stirring up controversy. In an interview with "The New York Times" newspaper on Friday, he again raised the topic of Bill Clinton's marital infidelities before and during his time as president. 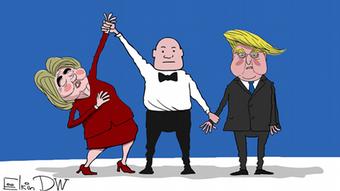 Trump hopes for a different outcome in the second debate

"Hillary Clinton was married to the single greatest abuser of women in the history of politics," Trump said. "Hillary was an enabler, and she attacked the women who Bill Clinton mistreated afterward."

Trump has been married three times and began a relationship with the woman who became his second wife while still wed to his first. When asked if he had cheated on his spouses, Trump responded with a non sequitur: "No - I never discuss it. I never discuss it. It was never a problem."

The interview came on the heels of a controversy in which Trump attacked a former Miss Universe in a wee-hours tweet, a move the Clinton campaign has criticized as "unhinged."

Trump also told "The New York Times" that he would begin preparing for the October 9 presidential debate as early as this weekend, and promised that things would be getting uglier when he next went head to head with his Democratic rival.

"She's nasty, but I can be nastier than she ever can be,” Trump said.