Growth in Europe's biggest economy slowed sharply in the second quarter of 2011, adding to signs that the global recovery is losing momentum as EU leaders struggle to get a grip on eurozone debt. 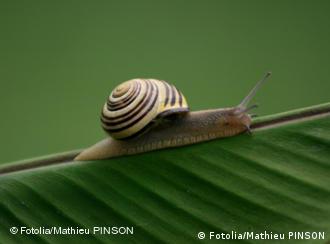 The German economy grew by a slim 0.1 percent in the second quarter of 2011, according to official data published Tuesday.

"The dynamism in the German economy has cooled significantly since the robust start to the year," the federal statistics office, Destatis, said in a statement.

Analysts polled by Dow Jones Newswires had expected Europe's biggest economy to grow by 0.4 percent between April 1 and June 30 as the eurozone grappled with a crippling debt crisis.

The data showed Germany was actually growing at a slower pace than battered, debt-ridden Spain, where gross domestic product (GDP) grew by 0.2 percent in the second quarter. 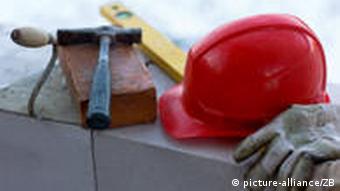 Growth has been hit by slowdown in the construction industry

Statisticians said the 0.1 percent growth in the second quarter compared to the first quarter was based on anemic expansion in exports, which are normally the backbone of the German economy.

Imports rose more than exports in the second quarter, undermining the growth figures, as consumer spending and investment in construction also slipped.

The statistics office said data dating back to 1991 had been adjusted as part of a wide-reaching review conducted every five years.

Germany has been a star performer in the industrialized world since the end of the 2008 financial crisis. Analysts say a sharp slowdown in German growth would have serious repercussions elsewhere in the eurozone.

"While German politicians are currently racking their brains on the pros and cons of common eurobonds, the luxury of having an economy running at 'wonder' speed is fading away," said ING economist Carsten Brzeski.

As pressure mounts on eurozone leaders, Berlin is keen to avoid a divisive debate about euro countries guaranteeing each other's debt. The German government is reluctant to approve any such idea. (16.08.2011)

German Finance Minister Wolfgang Schäuble said the eurozone's growing debt problems can only be solved "step by step" and has urged increased European political cooperation to carry out reforms. (14.08.2011)