A raft of fresh economic data from Germany is showing that businesses are doing better than expected, benefitting from higher demand at home and abroad, and setting the economy on track for further expansion. 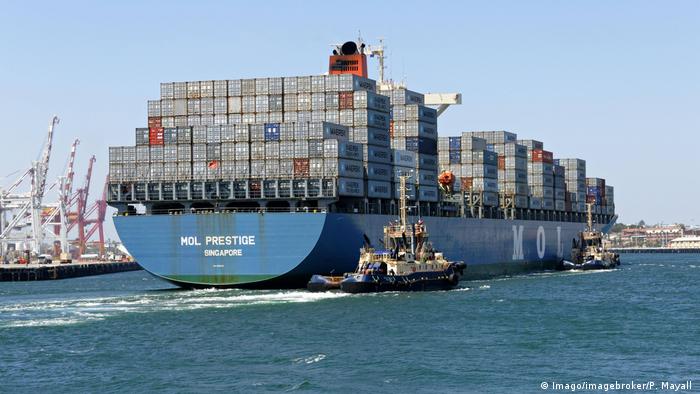 In a press release on Tuesday, the Munich-based Ifo institute described German business leaders' sentiments as "champagne mood," which had caused the think tank's widely-watched index to rise to an all-time high in May.

As companies here significantly increased their assessments of both current business and future expectations, Ifo's Business Sentiment Index climbed from 113 points in April to 114.6 points in May. Analysts polled by the news agency Reuters had expected the barometer, which is taken from a survey of about 7,000 company leaders, to rise only slightly to 113.1 points.

Especially in the manufacturing industry moods appear to be exuberant, with order books said to be filling up rapidly. "Many manufacturers are planning to ramp up production, and prices are expected to rise," Ifo said.

In construction and wholesale business, relevant sub-indices also rose. But retailers made "slight downward adjustments" to both their assessment of current business and their expectations.

British data monitoring firm IHS Markit on Tuesday also released business figures for the eurozone as a whole and Germany in particular.

HIS Markit's composite purchasing managers' index (PMI) for Europe's largest economy jumped from 56.8 to 57.3 points, its highest level in more than six years. Any reading above 50 indicates growth over the month.

The survey questions firms on indicators such as new business, hiring and inventories to give a picture of the overall health of different sectors, and are seen as useful early indicators of economic growth.

"The only blot on Germany's copybook in May was a further solid but unspectacular rise in service sector new business, reflected in another decline in the volume of outstanding work in the sector," he added.

Given the positive development and a confirmation by the German statistics office that the country's first-quarter growth reached 0.6 percent, IHS Markit raised its full-year growth estimate for Germany to two percent.