Germany's economy has reportedly contracted by 0.6 percent during the end of 2012 in a larger than forecast drop. But forward-looking indicators have suggested that Europe's largest economy is now picking up speed again. 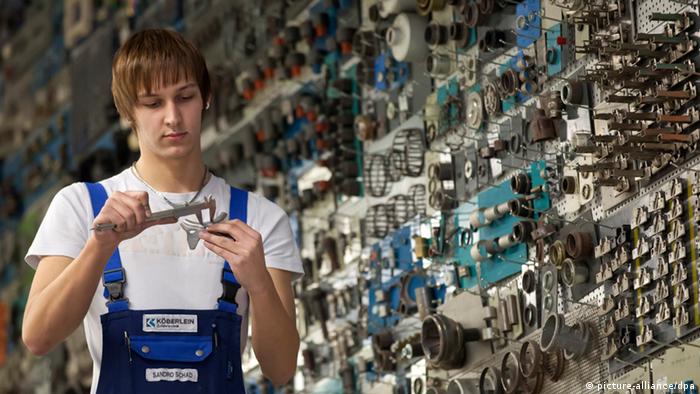 The German economy shrank by 0.6 percent in the final quarter of 2012, the National Statistics Office (Destatis) reported on Thursday. The fall came on the back of three previous quarters of economic expansion last year.

Destatis said the drop in the period from October to December was primarily a result of sluggish exports. All in all, gross domestic product for the whole of 2012 stood at 0.7 percent.

Analysts said fourth-quarter contraction would not lead to the recession gripping large parts of the 17-member eurozone. They pointed to recent key indicators showing the national economy on the tear again.

His opinion was shared by Unicredit Chief Economist Andreas Rees who expected gross domestic product to grow by at least 0.3 percent in the first three months of the current year.

"What we saw at the end of last year was only a fleeting phase of weakness," Rees argued. "It definitely wasn't the beginning of a protracted depression."