Sales of electric cars in Europe have just crossed the 1 million mark, as more consumers are persuaded to opt for green mobility. Can the infrastructure to support the transition from fuel-powered vehicles keep up? 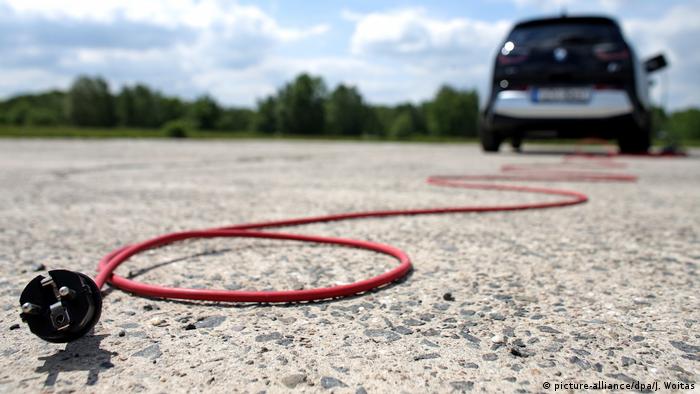 Manufacturers of fully electric vehicles (EVs) and plug-in hybrids are delighted; sales of the more climate-friendly cars and vans across Europe have grown 42 percent in the first half of the year.

Industry analysts EV Volumes report that a million EVs are now plying the continent's roads, and that Germany is set to overtake Norway — which until now has led the way in the transition to electric cars — in total sales for the year.

Until now, earlier adopters of battery-powered cars have found it relatively easy to keep their vehicles charged up, as long as they don't travel too far. After all, most charging is done at home, while state subsidies have led to public charging stations springing up at shopping malls and city center car parks.

Although Germany has enough charging points for the current number of EVs on the roads, many industry analysts question whether governments, the private sector, and even apartment block owners will be able to cope with future demand for charging infrastructure.

He told DW that while workplaces and those living in detached houses can install new charging infrastructure relatively easily, those in multi-story apartment blocks, where most Germans live, will struggle to manage the changeover. 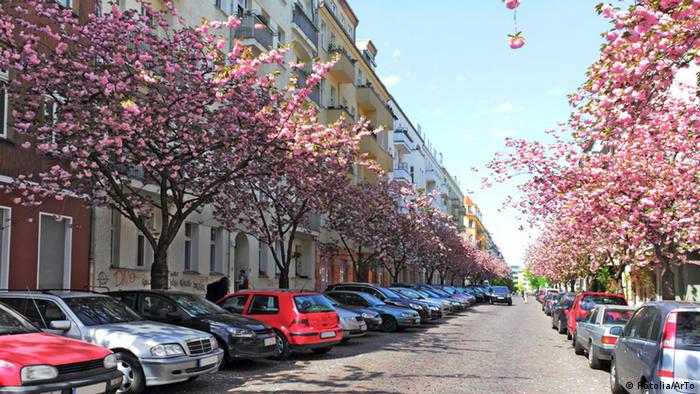 Finding a parking lot on Berlin's crowded inner-city streets can be a nightmare. Building charging stations for most of the cars is an illusion

Even for those apartments that do have underground car parks, the cost of installing charging points for most or every parking space is likely to be a heavy burden for many residents' associations.

Although government subsidies have been generous until now, many European countries continue to face public sector cuts in the wake of the 2008 financial crisis. So despite ambitious targets to ban the most polluting vehicles in the medium term, consumers cannot rely on receiving similar cash incentives as EVs become mainstream.

Two saving graces include the financial backing by many corporations to build charging stations at their headquarters, and a European Union directive that will ensure that all newly constructed buildings will automatically be EV-ready.

"(Under EU rules), the cost of the charging points in all new commercial and residential buildings, as well as all buildings undergoing major renovations is now expected to be included in the overall budget for such developments," Liana Cipcigan, Co-Director of the Electric Vehicle Centre of Excellence at Cardiff University in Wales told DW.

The demand by public charging stations is set become more urgent as more drivers opt for electric vehicles, which many crowded cities will struggle to provide in the most convenient spots.

"The question is ... whether they are in the right places, and can be supported with the right charging rates to suit driver requirements and behaviors," said John Massey, managing director of the British green energy firm Grey Cells Energy.

Even bigger challenges lie ahead for national power grids, for example in Britain, whose electricity infrastructure may struggle to cope with increased demand from EVs without huge investment.

"An unavoidable fact is that we can't have millions of electric cars all plugging in and charging ... all at the same time (especially during the early evening peak), without having to spend billions on distribution network upgrades," Massey told DW.

He predicts that as more drivers transition to EVs, the demand for electricity will spread more evenly during the day, as more charging is done at work. Premium pricing for home charging at peak times, meanwhile, will also help nudge consumer behavior.

Public EV charging stations present their own challenges, as they will require EVs to come with fast-charging batteries, so they'll be able to service tens of thousands of drivers each day.

High-end brands like Tesla and Porsche are built with ultra-fast battery technology, but most electric vehicles can't currently handle the maximum speeds available from fast and ultra-fast charging points.

Last year, Germany installed the second largest number of public charging stations in the world after France — it already has some 13,500 charging points, according to figures from the utility lobby group BDEW. That compares to some 14,300 petrol (gas) stations, with 85,000 pumps.

But it'll be years before EV charging points are as efficient as their fossil fuel equivalents, and therefore as profitable.

Even the planned fast-charging EV service station, being built by Sortimo on the A8 autobahn between Stuttgart and Munich, will only enable 4,000 charging operations daily, even with its impressive 144 charging points.

Comparing an 18-hour (not 24-hour) day would only allow for 1.5 cars to be charged by each electric "pump" per hour. Compare that to a typical motorway petrol station, which can serve up to 12-15 vehicles every few minutes.

"There are significant challenges for batteries to accommodate fast charging but we can see progress coming from brands like BMW, VW and Audi," Cipcigan told DW, exalting how Germany's auto-makers are leading the way in developing a common ultra-fast charging standard. 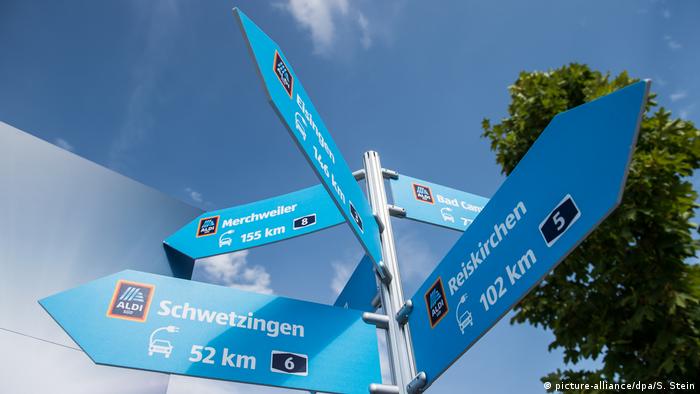 German retail giant Aldi has inaugurated the first of 28 ultra-fast charging stations along the busy A5 highway this year. The hope is to lure more customers into its shops. But it's uncertain if clever marketing alone will make the investment pay off in the end

So for now, although some charging stations are capable of delivering 160 kilometers (100 miles) of range in 10 minutes, most EV owners won't benefit from the advanced technology, for now.

In other words, there's no alternative than for tens of thousands of charging stations around Europe to continue to sit, unused, Massey told DW.

"It almost certainly needs to be a case of the infrastructure leading the vehicles, so that consumers get used to seeing fast chargers wherever they normally stop, and they don't worry about being able to access a charger."

Road trip with an e-car in Germany