The head of Germany's domestic intelligence agency says Islamic extremists from Germany who have traveled to fight with militants in Syria and Iraq may carry out terror attacks on German soil. 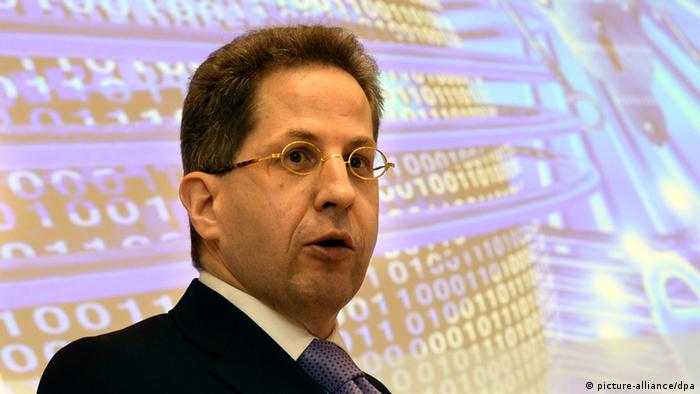 Hans-Georg Maassen (pictured), the President of Germany's Federal Office for the Protection of the Constitution (BfV), said Sunday that there was an "increased abstract threat" of attacks in Germany as a result of developments in Iraq and Syria.

Speaking on German radio station Deutschlandfunk, Maassen said at least 400 people had left Germany to fight in the two Middle East countries alongside jihadist groups such as "Islamic State" (IS).

"We have to expect that these people will return and commit attacks here," he said, without providing more details.

At least five people coming from Germany had died as suicide bombers, according to Maassen.

Militants from "IS" have taken control of large swathes of territory in recent months, killing hundreds of people in their mission to establish a "caliphate" in northern Iraq and Syria. The terror group has been accused of carrying out genocide, and provoked outrage in the international community last week when it released a video showing the beheading of US journalist James Foley in Syria.

Intelligence services estimate 2,000 "IS" fighters are from Europe, with the largest number - about 500 - believed to be from the UK. On Friday, Britain announced a decision to increase its terror threat level for the first time since 2011, citing the activities of terrorist groups in Syria and Iraq. Authorities said the upgrade of the perceived threat level to "severe" meant an attack on British soil was seen as "highly likely" but not imminent.

Germany has not announced plans to tighten security measures, but Maassen indicated he hoped to work more closely with intelligence services in Turkey - a key transit country for Germans and other Europeans who had left to fight with Islamist extremist groups.

The advance of "IS" has prompted several countries - including Britain, the United States, Canada, France, Germany, Italy, Croatia and Albania - to commit to sending arms and equipment to Kurdish peshmerga forces battling the militants in Iraq.

The German government is expected to meet on Sunday to decide which specific military supplies they'll send to Kurdistan, ahead of a debate on the issue in the German parliament on Monday. The parliamentary debate would be purely symbolic, however, as all German arms exports must be approved by a special government panel, not the parliament.

If Germany does provide arms to the Kurds, it will signify a break with the country's post-World War Two policy of not sending weapons to conflict zones.

"While we understandably shrink from reaching out to these conflicts, the truth is that these conflicts reach out to us...it is important to do what reasonably can be done to avert potential genocide," Australian Prime Minister Tony Abbott said.

The probability journalist James Foley was murdered by a British man has turned the spotlight on an uncomfortable truth. DW looks at how the UK became Europe's main exporter of 'Islamic State' radicals. (21.08.2014)