A 67-year-old man has been caught driving without a license. When pressed by police, he admitted to having no valid license for more than 40 years. 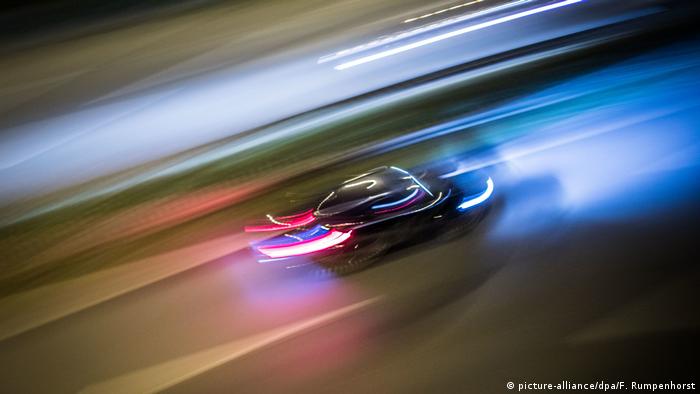 German police stopped a man who had been driving without a license for the past 40 years, they said on Wednesday.

The 67-year-old man was pulled over near the western German city of Trier. When asked for his license, he presented a fraudulent copy of a document saying that his license had been presented at another police station, police alleged.

When the forgery was detected, Trier's police said that he admitted to driving without a license for more than 40 years. He had also worked as a delivery driver for several years, police said.

He is facing multiple charges.

There have been several similar cases reported in Germany. In July 2020, a 69-year-old woman was alleged to have been driving without a license for 39 years. She was discovered when she hit another vehicle in a car park and drove away without giving her details.

Driving without a license is a criminal offense in Germany, with steep fines or even imprisonment. Depending on the severity of the offense, and whether the suspect is a repeat offender, police can even seize their vehicle.

In 2014, Borussia Dortmund football star Marco Reus was fined €540,000 ($652,000) after he was caught driving his Aston Martin despite never receiving a license. Fines for more serious offenses in Germany are often calculated based on the offender's income to punish people with different salaries in a proportionally punitive manner.

In 2016, Reus earned his drivers license and was seen driving to training in a more modest Opel Insignia.

In 2019, a similar scandal hit the same club when the less well-known winger Marius Wolf was caught behind the wheel after having his license revoked for speeding. He was fined €200,000 and had his license suspended for a further two months.

Forging an official document is also a crime, punishable with fines or up to five years in prison.

It is easy to lose things in a moment of absent-mindedness — car keys, glasses, our cell phones. In Germany, carrying large amounts of cash is not uncommon, but one pensioner made a costly mistake.