Nils D. has confessed to being a member of IS and traveling to Syria to fight with the group. Judges have given him a reduced sentence, but are still unsure whether he has actually cut ties with the jihadis. 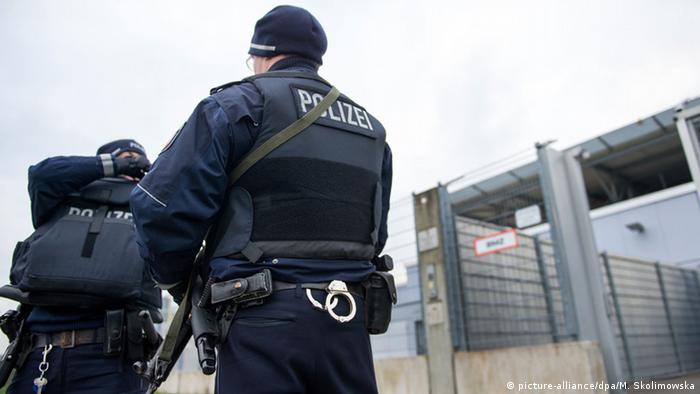 Shortly before the sentence was read out in court, the former "Islamic State" (IS) fighter appeared before the press, hiding his face from journalists' cameras. After the reporters had settled down, presiding judge Barbara Havliza announced the punishment.

"The accused has been sentenced to four and a half years in prison," she said, before describing Nils D.'s childhood and his testimony.

Nils D., 25 years old, grew up in Dinslaken, in Germany's western state of North Rhine-Westphalia. He was a known delinquent, had been convicted of theft and drug dealing and fathered a child when he was 15. Things changed after his cousin, Philip B. introduced him to Islam. Nils D. began reading the Koran and listening to the speeches of the Bonn-based Salafist Pierre Vogel. 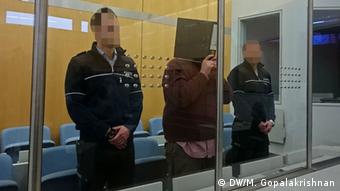 Nils D. hid his face behind a binder to avoid cameras

In 2013, he became a member of a jihadist group in Dinslaken called the "Lohberger Brigade," which had about 25 members. The same year in August, Nils D. decided to travel to Syria, after hearing from his cousin Philip B., who had already joined IS there. His cousin reportedly blew himself up along with 21 other people in a suicide attack in Mosul, Iraq in 2014.

The year in Syria

During the trial, Nils D. admitted to being a member of IS, which Judge Havliza described as the "most brutal organization that ever was."

He gave investigators a detailed description of the group's methods and its structures. He said he worked in a kind of secret police service which traced deserters and as a bodyguard in IS torture prisons, where captives were shut up inside boxes in which they could barely stand. In one instance, Nils D. also helped bury the dead body of a dissenter in a garbage dump.

The German also confessed to swearing complete loyalty to the jihadist group, having been "armed to the teeth," owning a Kalashnikov, a pistol and a suicide vest. However, he said he did not participate in direct combat.

Nils D. returned to Germany in late 2014 and was arrested early the following year.

Nils D.s ties with IS

Havliza justified the relatively short sentence by saying that Nils D.'s admissions had been described by investigators as a "gold mine." She said he would have received a higher punishment had he not revealed crucial information about the structure and inner workings of the terror group.

Quadriga - War on terror - How to combat IS?

The war against the "Islamic State"

Havliza said that Nils D. had confessed to putting his name on a list of people who were ready to undertake a suicide attack in Turkey or Europe. But the senate was not convinced that he returned to Europe with the intention of carrying out an attack. If that were true, he would not have communicated this to investigators, Havliza said.

However, officials are still not convinced that the jihadist has completely cut off ties with IS. Judge Havliza said that Nils D. kept in touch with his contacts in the terror group after his return from Syria in early 2015. He also remains loyal to his Islamist beliefs, does not eat pork and has made his girlfriend sign a "contract" saying their children would grow up as Muslims.