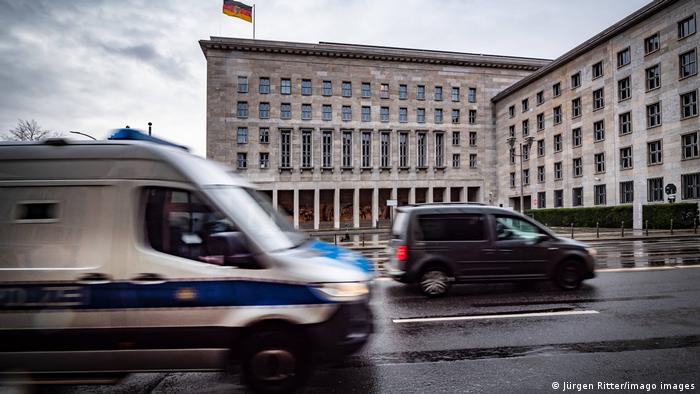 The raids made headlines just days before Germans voted, causing some to ask if Olaf Scholz was being intentionally smeared

At the time, prosecutors had insisted that Christine Lambrecht — then justice minister, now defense minister — and her Social Democratic colleague Olaf Scholz — then finance minister, now chancellor — were involved in quashing investigations into money laundering by a special unit of Germany's customs agency.

Court: 'No indication of misconduct at the Justice Ministry'

The court called the searches "inappropriate" and "unnecessary," saying there was no urgency to the issue nor was there reason to fear the destruction of evidence.

Prosecutors told the court they had feared "loss of evidence" may occur as a result of departmental turnover after the election.

Nevertheless, the court noted that a prior investigation had already secured documents prosecutors were seeking, and noted that there had been no "indication of misconduct" at the Justice Ministry.

Moreover, the court said prosecutors' actions were disproportionate to their suspicions and that by insisting on pressing ahead regardless, they had significantly "damaged the reputation of the Federal Republic of Germany and its institutions."

The raids made headlines at the time, putting front-running chancellor candidate Scholz under intense pressure. Scholz, who cruised to election victory, even appeared before investigators days before the vote.

"I used the opportunity to once again explain that the last three years have probably been the best years for beefing up our capabilities in regards to fighting money laundering and terrorist financing," Scholz told reporters after testifying in the Bundestag, the German parliament.