Internet giant Google has suffered a setback after a German court ruled that its subsidiary, YouTube, is responsible for videos its users upload in violation of copyright law. 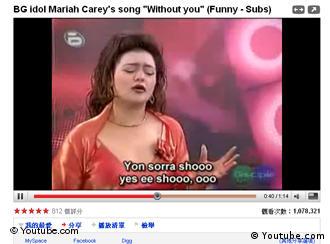 A Hamburg court ruled on Friday that Youtube can be held liable for damages when it hosts copyrighted material without permission. The ruling comes as the latest in a series of setbacks for parent company Google.

The case relates to a complaint originally filed in October last year and centers around three music videos by classical soprano Sarah Brightman. The plaintiffs reportedly asked YouTube to take down the videos in question but never received a reply.

The court found that YouTube's standardized question to users about whether they have the necessary rights to publish material is not enough to relieve YouTube of the legal responsibility for the content.

It added that the online video platform must not allow the videos in question to be republished, and must disclose how often users accessed them and pay damages based on those figures.

Henning Dorstewitz, a spokesman for YouTube in Hamburg, said in an interview with Bloomberg that the company will appeal the ruling.

"This decision results in a substantial legal uncertainty for all providers of video platforms, opinion forums, social communities, blogs and many other Internet services in Germany," Arnd Haller, director of legal affairs at Google Germany, said in a statement.

Haller added that the court ruling also disregards a current e-commerce directive of the European Union.

For YouTube, the bigger issue is whether a user-generated content platform can be held legally responsible for the materials uploaded by its users.

Friday's ruling comes after the same court earlier declined to issue an injunction forcing Google to block German access on YouTube in a separate dispute with GEMA, the German artists' representation agency. The group had sued YouTube, calling for the immediate removal of videos it said infringed on copyrights held by its composers and songwriters.

"It's the same court and at the core, they are similar cases, about the liability of YouTube," Dorstewitz told Bloomberg.

But experts say whether a user-generated online portal can be held responsible for its content depends on a few factors and can only be decided on a case for case basis.

"A platform that allows its users to upload content can only be made liable when it treats the content as its own," Mario Rehse, copyright expert at Germany's BITKOM, the industry association for information technology and new media, told Deutsche Welle.

"That means that the content, which is actually externally generated, is appropriated so that it appears as its own to the users," Rehse said.

That is true in cases where platform owners put their own logo on the content or where content is tweaked editorially before being published online, Rehse said, citing a ruling by the German federal administrative court.

The German copyright case against YouTube is just one of a string of legal challenges facing Google both in Europe and the US amid growing concerns about privacy infringements and the power the online business yields.

Regulators in Texas this week launched the first broad anti-trust review of Google's search and advertising practices in the US. The Internet giant stands accused of manipulating search rankings of lesser-known rivals.

The European Union has launched several anti-trust probes into Google in the past. In Germany, the Internet service faces harsh criticism amid privacy concerns over its Street View online mapping service.

Google also recently paid $8.5 million (6.6 million euros) to settle a class action lawsuit in the US over its Buzz social networking service and alleged privacy violations.

German YouTube viewers have got used to the message "This video is not available in your country." A recent court decision showed that the battle over music streaming in Germany is far from over. (27.08.2010)

An organization that collects royalties for musicians and songwriters wants YouTube to remove hundreds of videos in a dispute over how much the Web site pays for music used on its site. (10.05.2010)