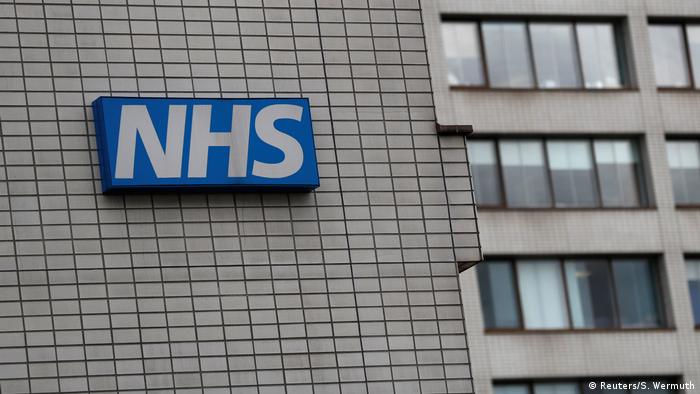 UK hospitals were among the target of the threats

A court in Berlin sentenced a man who tried to blackmail Britain's National Health Service (NHS) to three years in jail on Friday.

Judges said Emil A. demanded 10 million pounds (€11.5 million, $13.9 million) in Bitcoin or else he would blow up hospitals. The court found the Italian, who lives in Berlin, guilty of attempted extortion.

In a string of emails to the NHS and Britain's National Crime Agency, the 33-year-old said he would attack lawmakers and anti-racism protesters taking part in Black Lives Matter rallies.

Officers arrested him in an overnight raid on June 15 by police SWAT teams and federal agents.

Investigators said he used anti-Semitic language and purported to be a member of Combat 18, a violent far-right group which was banned in Germany last year.

His threats came at a time when the UK's hospitals were grappling with the first wave of coronavirus infections in April last year.

"This was one of the most significant threats we have seen in quite some time to UK infrastructure," said Tim Court, head of investigations at Britain's national cybercrime unit.

Investigators were able to track the suspect through his electronic trail despite his attempts to conceal it, said court spokeswoman Lisa Jani.

Judges said Emil A. did not have the means to carry out any attack and that the NHS did not pay any money

A. was already previously convicted of a similar threat against a Dutch company in 2013 and sentenced to 10 months probation.

He can appeal Friday's ruling.

A man who sent threatening emails with far-right overtones to politicians and authorities has been sentenced to four years in jail. A Berlin court also ordered him to be committed to a psychiatric clinic for treatment