The founder of an illicit movie website has been given a four-and-a-half-year jail sentence in Germany. Prosecutors had said the "parasitic business" breached copyrights of the mainstream cinema and television industry. 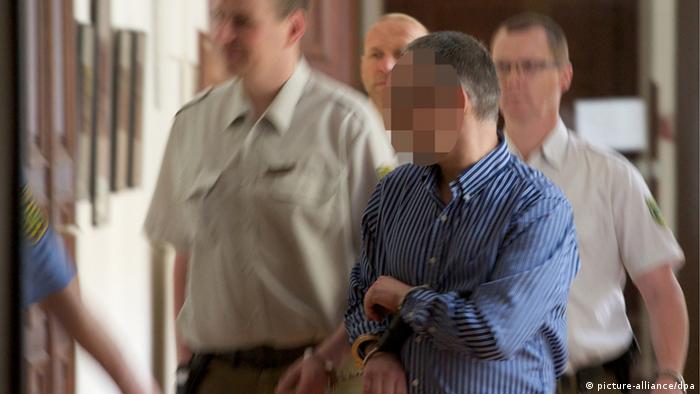 The regional court in Leipzig handed down a suspended plea-bargain sentence to the founder of kino.to, Dirk B., with conditions for his supervision outside of prison.

The Leipzig court also ordered Dirk B., to transfer 3.7 million euros ($4.7 million) in earnings from website advertising in Spain to Germany's state coffers.

District Court judge Karsten Nickel said it was obvious that the operation was the "most serious" copyright breach to become known within German jurisdiction.

The man from Leipzig had vacationed on the Spanish island of Mallorca after establishing the website kino.to in 2008, using the domain name assigned to Tonga. The site was actually based in Germany, with servers in the Netherlands. 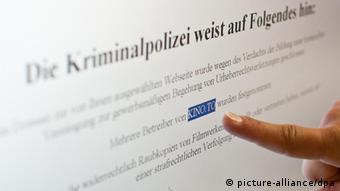 At its peak, four million visits were made daily to the web address, mostly by German Internet users, seeking movies for free. Once logged into the website, users were diverted to high-revenue advertisements.

Kino.to was far better known in Germany than Megaupload, the file-sharing site created by another German, Kim Dotcom. He is facing trial in Auckland, New Zealand and FBI efforts to get him extradited to the United States.

The court proceedings surrounding "kino," which is the German word for cinema, had already resulted in a jail term of almost four years for the website's main programmer and three-year terms last December for three other participants.

US investigators failed in their efforts to have the boss of file-sharing website Megaupload kept behind bars in New Zealand on Wednesday after Kim Dotcom was released on bail. (22.02.2012)