German Court Demands Extradition of CIA Agents in Masri Case | Germany| News and in-depth reporting from Berlin and beyond | DW | 25.06.2007

Munich prosecutors have demanded the extradition of 13 CIA agents allegedly implicated in the 2003 abduction of a German citizen. 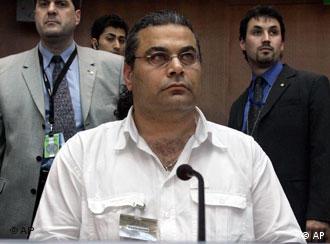 Public prosecutors in Munich, with the approval of the German cabinet, on Monday demanded the extradition of the 13 CIA agents allegedly involved in kidnapping Khaled el-Masri, a German citizen of Lebanese descent, in 2003.

The court had ordered the arrest of the agents earlier this year, but the case was delayed while German officials investigated their real names.

"We now have partial names," Chief Public Prosecutor August Stern told Reuters, adding that he had enough information on the agents' identities to request their extradition.

Germany's Spiegel Online cited a US diplomat as criticizing Germany's "double standard" in the affair, saying Germany wants to benefit from the information garnered by the CIA but doesn't want to get its hands dirty.

El-Masri maintains that he was mistakenly arrested by the CIA as an associate of the Sept. 11, 2001 hijackers and kidnapped while attempting to enter Macedonia on New Year's Eve 2003. He says he was later then taken to a prison in Afghanistan, where he was detained for five months and subjected to torture. 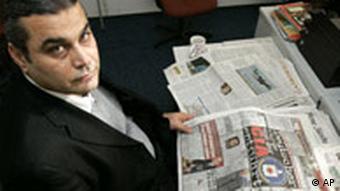 The Masri case has focused media attention on CIA kidnappings of suspected terrorists for interrogation in third countries. The practice, called "extraordinary rendition," has caused tensions inside Germany, and between Berlin and Washington.

The German government could have called off the arrest orders earlier if deemed to be in the "prevailing public interest," but this may have led to a backlash in Germany.

Last week an Italian judge froze the trial of US and Italian spies who had been charged with kidnapping a terror suspect in Milan in 2003 and then taking him to Egypt, where he claims to have been tortured.

EU Calls for Investigation into CIA Prisons in Europe

The European Commission has called on EU member states accused of running secret prisons for the CIA to conduct impartial investigations "as quickly as possible." This follows the release of a Council of Europe report. (08.06.2007)

A German citizen of Lebanese descent who claims he was kidnapped by the CIA and tortured in an Afghanistan prison was arrested Thursday in Germany on suspicion of arson, police said. (17.05.2007)

CIA Agents to Stand Trial for Kidnapping in Italy

An Italian judge ordered 26 Americans, most of them thought to be CIA agents, and the former head of Italy's military intelligence to stand trial over the 2003 kidnapping of an Egyptian imam. (16.02.2007)