The man who tried to kill a Jewish student in front of a Hamburg synagogue is "mentally ill" and will be treated in a psychiatric facility, a German court has ruled. 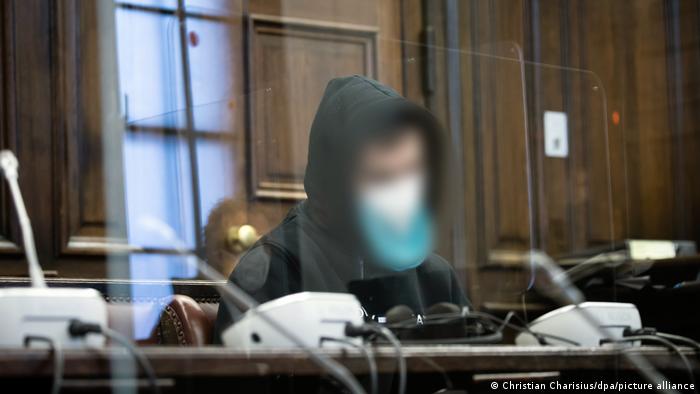 A German court found on Friday that a 29-year-old cannot be held legally responsible for an apparently anti-Semitic attack on a synagogue last year.

While the incident was a "targeted attack on a person of Jewish religion," the attacker is suffering from paranoid schizophrenia and was driven by religious delusions, according to the Hamburg-based court.

The judges ordered for the Kazakhstan-born German national to be placed in permanent psychiatric care.

What happened during the synagogue attack?

In October 2020, the assailant put on military fatigues and took a taxi to a synagogue in Hamburg.

Once there, he targeted a 26-year-old yarmulke-wearing student, hitting him over the head with a short-handled shovel. The victim was hospitalized with severe injuries but managed to survive. The attacker was quickly arrested.

What did investigations reveal?

Investigators found a drawing of a swastika in one of his pockets.

According to the court, the suspect carried it because his mother believed it would protect him from his delusions. The mother described the swastika as a symbol of the sun.

The court did not find evidence to link the attacker with any far-right movement. He is believed to have acted on his own.

During the trial, the 29-year-old refused to comment on the case. He also refused a psychiatric assessment, with a mental health expert offering his estimate based on the man's medical file and his Whatsapp messages.

While announcing the decision on Friday, judge Birgit Woitas confirmed that the attacker was a "mentally-ill person acting on his own" and that he still posed a danger to others. His stay in a psychiatric hospital will be reviewed on a yearly basis.

Russia denies moving towards war with Ukraine 5h ago