Five, three and finally, down to zero percent: Germany's top court rules that any such restriction in European Parliament elections is unconstitutional. Fringe parties are delighted. 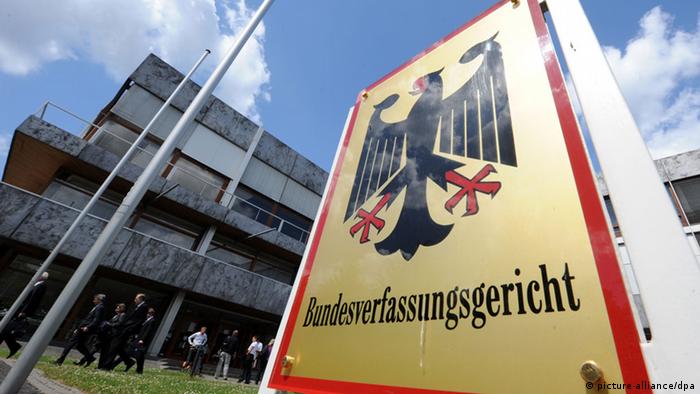 This ruling was eagerly anticipated: On Wednesday (26.02.2014), Germany's Federal Constitutional Court in Karlsruhe announced the end to a restriction clause that said political parties need at least 3 percent of the vote to enter the European Parliament. The threshold violates smaller political parties' rights to equal opportunities, judges argued.

Several small parties and more than 1,000 citizens had taken the issue of the 3-percent hurdle - lowered from 5 percent by the government nine months ago - to court. "Small parties are the spice in a democracy, they have an important function and so there shouldn't be any restrictions," Sebastian Frankenberger, the head of the Ecological-Democratic Party (ÖDP) says.

The ruling is a slap in the face for the mainstream parties.

There are currently 162 parties with seats in the EU Parliament. Adding more fringe parties would hinder the parliament's work, supporters of the restriction clause say, arguing that parliament depends on stable majorities. "But the majorities are getting slimmer," European Parliament President Martin Schulz says. The Bundestag has now tried two different percentages, and both times, they've been thrown out.

In 2011, the Constitutional Court declared the 5-percent threshold for European elections unconstitutional. The judges ruled that a parliament functions with many smaller parties, arguing that a "severe interference" with basic equal opportunities is not justifiable.

Who stands to profit

In 2009, about 2.8 million votes were disregarded as a result of the threshold clause, according to the lawyer representing the appellants, Hans Herbert von Arnim. Eight of 99 mandates would have gone to fringe parties. 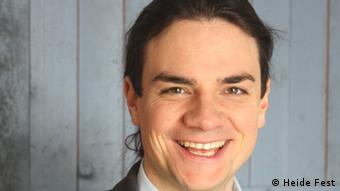 Even with the new ruling, small parties still don't have much chance, but at least they now reflect reality. The plaintiffs - including the ÖDP, the Free Voters, the Pirates and the National Democratic Party (NPD) - can now all hope to enter the European Parliament in May.

"This way, parties that don't conform to mainstream political opinions will enter the EU parliament," says Timm Beichelt of the European University Viadrina, and suggests an example that shows the potential consequences. In the 1984 European elections, France's far-right party, the Front National, won its first seats in any parliament when it entered the European parliament. It was able to "use this base to get a foothold across France," Beichelt says.

In this legal struggle, the ÖDP and the NPD may have had the same goal, but ÖDP party leader Frankenberger would rather not be lumped together with the far-right German party. "The fact that a few extreme parties we would rather see banned joined the suit is a problem in our parliamentary democracy which hasn't managed to classify them as unconstitutional," Frankenberger says.

But what are restriction clauses good for and when are they legitimate?

Take Germany's parliamentary election: ideally, it leads to the formation of a government. Electoral thresholds have been introduced to facilitate the process. Forming a coalition government is easier when fewer parties, all of them with a healthy number of seats, enter parliament. "Some of the votes may be discounted as a result of a restrictive clause, but the ultimate goal is the formation of a government and that outweighs the equality of the votes," says Beichelt.

This is a problem that does not exist on the EU level because the EU Parliament doesn't elect a government. "In this case, it's much more important that all the votes are taken into consideration," Beichelt says.

In 1979, Germany's Constitutional Court ruled the restrictive clause legal largely because the judges felt it necessary to prevent parties from fragmenting, which might interfere with the EU Parliament's work.

In the 35 years since then, times have changed, and so has the EU Parliament. "Back then, it used to be a purely advisory body, but since the Lisbon Treaty went into effect, it has almost become an equal legislative body," legal expert Frank Schorkopf says.

Over the past years, there have been numerous rulings on restrictive clauses in elections, including local polls, where the threshold was scrapped, too. "You could see these rulings as a major reorientation in electoral legislation," Schorkopf concludes.

A question with political resonance: Did President Joachim Gauck call the far-right NPD "loonies"? Germany's highest court is hearing a case brought by the extremist party against the country's president. (25.02.2014)