Consumers in Europe's powerhouse have started the new year with a lot of optimism, a fresh survey by GfK market researchers has shown. Germans keep spending as the economy shows no sign of weakening. 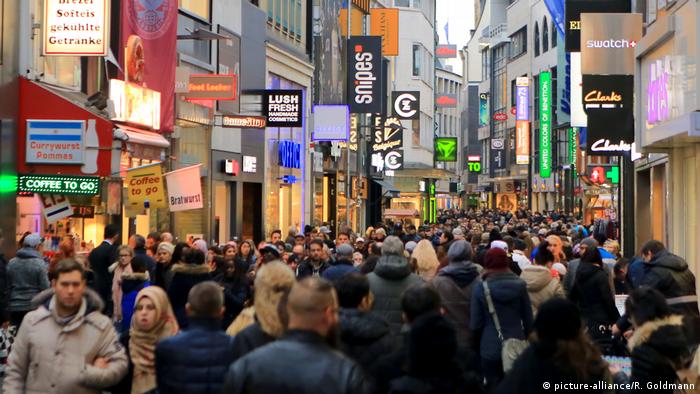 The forward-looking index for February jumped to 10.2 points from 9.9 points, marking the fourth straight monthly pickup in consumer confidence.

The latest poll among consumers showed Germans expected the domestic economy to expand further in the months ahead, creating even more employment opportunities, with joblessness already at record-low levels.

What really counted were that people expected further wake hikes in many sectors of the economy, enabling them to continue to go for big-ticket purchases such as furniture, cars and household appliances.

Adding to consumers' willingness to keep spending more on goods and services had been a protracted period of low interest rates, making it impossible for savers to get any decent yields on their bank deposits.

No big changes in consumers' behavior are expected for the rest of the year, according to the GfK group. "Conditions for strong consumption throughout 2017 are good," it said in a statement.