The Federation of German Consumer Organizations is challenging WhatsApp's "illegal" data gathering and sharing practices. The lawsuit comes a day before parent company Facebook responds to a similar EU complaint. 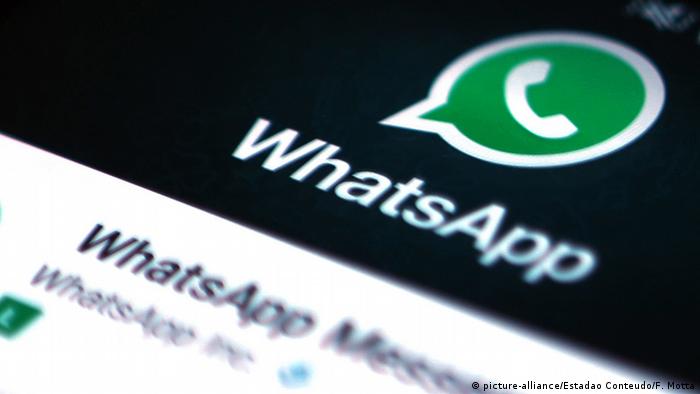 The consumer group filed its lawsuit on Monday in Berlin's state court, arguing that the smart-phone messaging service "partly illegally" collects and stores data and then passes it on to its parent company Facebook.

The "high level of data protection" that exists in Germany and elsewhere in Europe, must be safeguarded, said Klaus Müller, a board member of the Federation of German Consumer Organizations.

The group says its angry that WhatsApp shares users' phone numbers and contacts with Facebook after the messaging app changed its user and data protection agreements last August.

The move angered data protection advocates in Germany and elsewhere, who called for the practise to be stopped.

WhatsApp relented in November and in November, it temporarily suspended the data sharing.

The German consumer group has called for any data forwarded to Facebook to now be deleted.

It says the use of European WhatsApp user data for products and advertising purposes on Facebook has been "temporarily paused" to allow for discussions with officials.

The European Commission has also accused Facebook of providing "misleading information" during its own review of the social network's takeover of WhatsApp in 2014.

Facebook has until tomorrow (January 31) to respond to the charges, and could face a multi-million euro fine.

Earlier this month, it was revealed that a security flaw could leave WhatsApp users open to snooping.