German city of Essen pays addicts in beer to clean streets | Germany | News and in-depth reporting from Berlin and beyond | DW | 14.10.2014

A project is underway in Essen in which alcoholics are paid in beer to clean up the city's streets. The idea is to help drug addicts pick themselves up and rejoin society. DW went to Essen to see how it's working out. 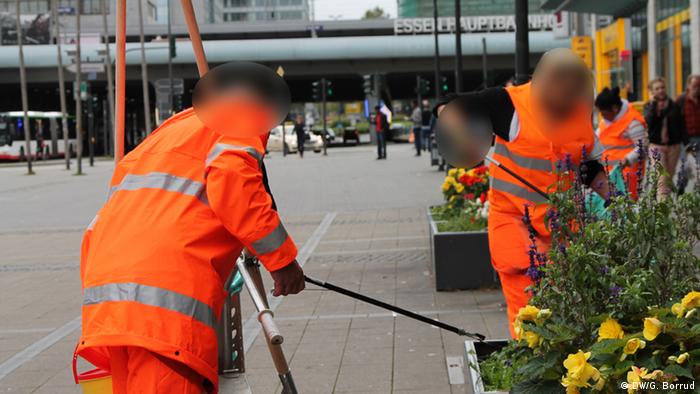 "I could really use a beer right now, actually..."

This is what Jürgen*, draped in a reflective orange suit with bulky black boots, said when asked how his day was going, a day he had spent picking up garbage off the streets around Essen's central train station.

Pushing a cart armed with picker, broom, and two disposal bins that were full almost to the brim, Jürgen was visibly proud of the work he had done. "Not bad, eh?" He showed me the garbage he had collected as we stood on a broad, quite tidy main square in Essen, the Willy Brandt Platz.

Pride and gladness, however, weren't his only emotions. Out of the blue, while discussing his reasons for taking part in the project, Jürgen's lips started to quiver.

"I just want to do something good. That's all. You wouldn't think it, but this is so hard for me."

Jürgen is one of five people in Essen taking part in a project aimed at giving severe alcoholics a chance to rejoin society by cleaning the streets around the city's central train station. It's called PICK-UP, and it and pays participants a small hourly wage - and beer. 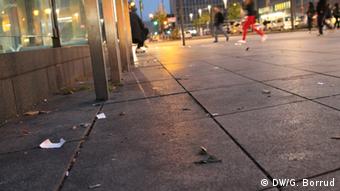 The controversial project is not only about picking up garbage

"I'm not doing this just for the beer,” Jürgen said. "I can find beer on my own. I can get drunk anytime I want. This is something that allows me to help the people around me, and it gives me a chance to give back to my city."

Jürgen's workday lasts four hours. The participants change into their suits at 10:30 in the morning at Essen's Addiction Help Center (AHC) and start on their first route that takes them through to lunchtime. After a meal, the participants go out for a second route that is followed by a discussion at the AHC, where they receive their beer - up to three bottles per shift.

"The beer is distributed based on the individual needs of the participants," read a fact sheet from Essen's Suchthilfe Direkt, the organization that manages the project. "Not everyone gets beer. Only the participants who aren't able to do their work without it."

"PICK-UP isn't about just cleaning the streets. The project has nothing to do with exploiting people. The idea is to allow participants, who are not forced to take part, to contribute to society in a way they otherwise wouldn't," the statement read. 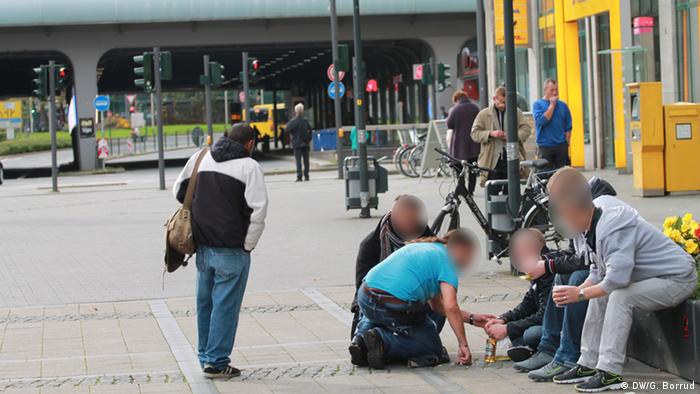 With no job, the day goes by faster with beer, said people congregating at Essen's central station

The project, which is the only of its kind in Germany, is based on a Dutch model. In Amsterdam's Oost district, a comparable initiative has been in place since last year, and according to organizers, it has been a success with regard to reducing the amount of alcohol participants drink on a daily basis.

"There's no way this gig is going to reduce how much an alcoholic drinks," said Simone*, who was hanging out at the station while Jürgen and two other participants passed by on their afternoon route. Simone said she'd been here in Essen for the past 18 years, a period in which the "drinking and drug scene" around the main station has steadily grown. 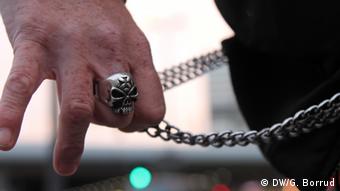 "People that hang out here are addicts, but it's not only alcohol. Many of us are junkies. Heroin, cocaine, crystal [methamphetamine], you name it, you'll find people here that use it," Simone said, adding that alcohol abuse among drug users at the Essen station was a kind of common denominator.

She doesn't, however, approve of the new project.

"I don't have a job because I don't want one, and I doubt that anybody would want to hire me in my current state. But am I going to take part in a charity scheme that pays me one euro [an hour] to make a fool of myself? I can get more money begging in 10 minutes. And, quite honestly, a beer costs 25 cents here. Am I going to sweep the streets for three beers? No chance."

Simone surmised that the motivation for the project was more of a political than an altruistic nature.

"It's no secret that the politicians don't want us here. Time and again the authorities force us to leave, even though we aren't doing anything wrong. It is not against the law to drink in public in Germany. We aren't in the United States yet, where you can get arrested for smoking cigarettes on the street," Simone said, smirking.

Not all politicians, however, are in favor of the controversial project, which made news headlines around the world when launched last Wednesday.

"I can well imagine that this project would work fine even if alcohol weren't the main incentive," said Karlheinz Endruschat, social affairs spokesman of Essen's Social Democrats.

"The image of a bum and his bottle is not a stereotype we necessarily have to perpetuate to the people of our city."

Among passers by at the Essen station, meanwhile, the perpetual display of public drinking isn't exactly welcome. When asked whether it was irritating, the most common answer was "yes," and the most common complaint concerned public urination.

"It stinks outside the station all the time, when the smell wafts in from over there," an elderly woman said, referring to a set of steps located some 50 meters from where the group congregates (see picture). 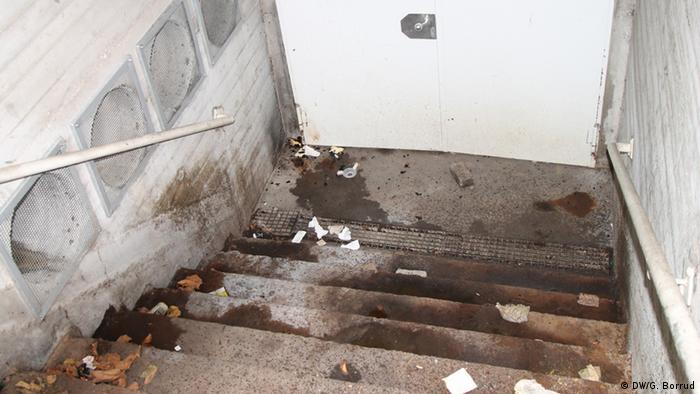 The stench emanating from these steps is almost violent

"Yeah, the guys go down there," Simone said, unbothered. "Dogs go pee-pee on the streets too, but I don't see anybody concerned about that. This is the problem with projects like [PICK-UP]; they assume we want to rejoin society so badly, that we are so utterly lost with our lot in life. The truth is: We have been severed from society, and that is just fine that way."

Later on in the day at the Willy Brandt Platz, Jürgen could be seen hanging around with Simone and around 15 other people at the station, this time dressed in jeans and a brown leather jacket. He was finished with his day's work.

Beer in hand, and ostensibly unwilling to answer any more questions, he said: "You people think this is easy, don't you? That we just drink all day and watch the day go by. Well you know what, you're damn wrong, and I'm happy I'm doing what I'm doing."

He also wasn't in the least perturbed that Simone and the rest of the gang were against the PICK-UP project. "What should it matter to me what they think? I know I'm doing a good thing by picking up the streets. I'm going to drink either way. At least now I've got something to be proud of when my day is through."

*Jürgen and Simone requested that DW withhold their actual names.