German cities dig deep to tap groundwater amid climate change | Germany | News and in-depth reporting from Berlin and beyond | DW | 26.08.2020

German cities and towns are struggling with water shortages. Climate change is making it more difficult for municipalities to reach the groundwater they rely on. Despite the lush, verdant nature that surrounds the German town of Ulrichstein, residents here — and in the region — suffer from acute water shortages.

Ulrichstein Mayor Edwin Schneider, meanwhile, is deeply concerned by his town's dire water shortage. "I never thought we would be affected like this," he told DW, even though he had heard about similar situations in surrounding regions of the state of Hesse. Other areas — from the northwestern state of Lower Saxony to municipalities in the country's east — have also reported water shortages.

For the last 100 years, the people of Ulrichstein have sourced their water from six wells that are only two to three meters deep. In recent times, these have almost dried up, delivering a mere four cubic meters of water per hour — just half of what the town of 3,000 needs. Unlike other parts of the country, where dams are used to divert drinking water to settlements, this option is not available here. The people of Ulrichstein, like 70% of people in German municipalities, must rely on groundwater.

Instead, a drilling company is set in the coming weeks to try to tap into the groundwater below the town. Water that the firm insists is there — despite criticism from geologists who say groundwater levels below Ulrichstein, the highest permanent settlement in the state at 614 meters (2,014 feet) above sea level, are insufficient for the town's needs. 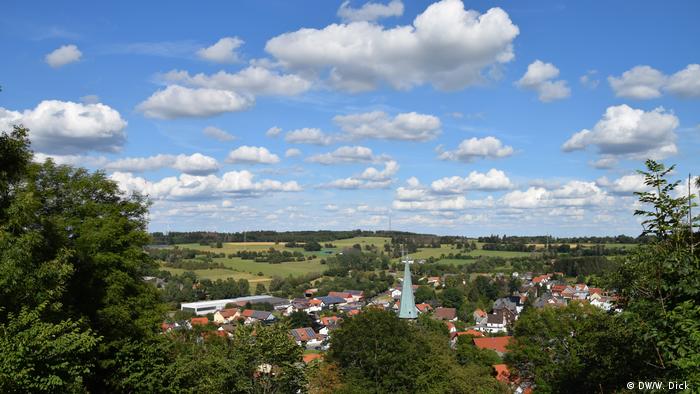 At over 600 meters above sea level, Ulrichstein relies on groundwater for its needs

Many reasons for water shortages

Schneider said the reason for his town's water shortages has to do with its geographical location. Due to the Rhine Weser watershed, he said, "water just keeps draining away, and winters have become quite mild in these parts."

This means groundwater is not being replenished during the winter months. The situation is complicated further because the nearby city of Frankfurt also taps into the local groundwater, sourcing one-third of its requirements — some 40 million cubic meters — from this region.

"I got quite angry when Frankfurt asked its residents to water the city's trees during one hot summer," the mayor admitted.

A €150,000 ($177,000) trial showed no groundwater the Ulrichstein could tap into at a depth of 120 meters. However, the drilling company found water at a depth of 200 meters. The well, which cost some €800,000 to drill, will only serve as an interim solution as there is not as much water as the officials hoped for, and no one knows how long before it dries up. 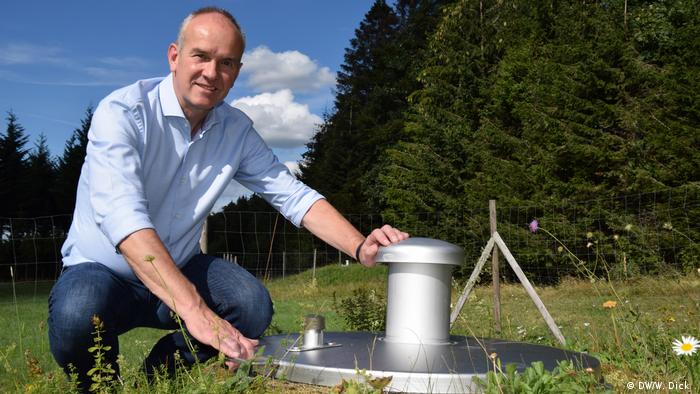 The municipal council is looking into alternatives to source drinking water. For this purpose, it has modernized two of its eight water treatment plants at a cost of €2 million. Ulrichstein is also considering installing a 4.5-kilometer canal to the next town to source water. This endeavor, however, carries a €650,000 price tag.

Ultimately, the municipality decides to hire a logistics company to make six deliveries of 60,000 liters (15,850 gallons) of water each day by truck. Locals are also urged to use the precious resource sparingly by abstaining from watering their lawns or otherwise using water unnecessarily. 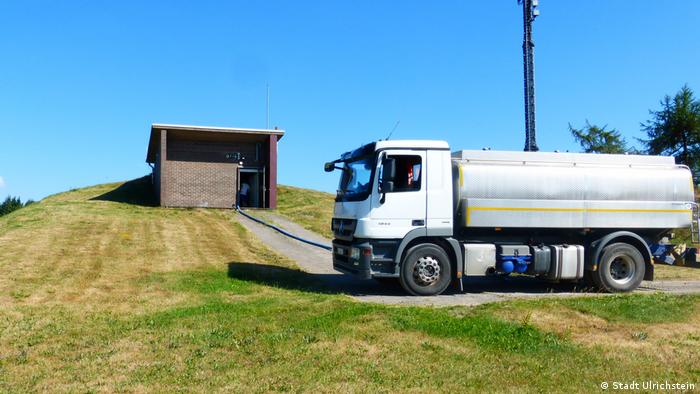 Whatever option the town chooses, residents will be facing higher water bills.

Local businessman Klaus Kraft is especially hard-hit by the water shortage. He has been running a laundromat for years. Each day, his business consumes about 12 cubic meters of water, less than half the 30 liters it used to require. But, he said, he cannot hike up prices as this would hurt his business. Currently, sourcing and disposing of one cubic meter of drinking water costs about €10 — roughly three times what residents in other German cities pay. 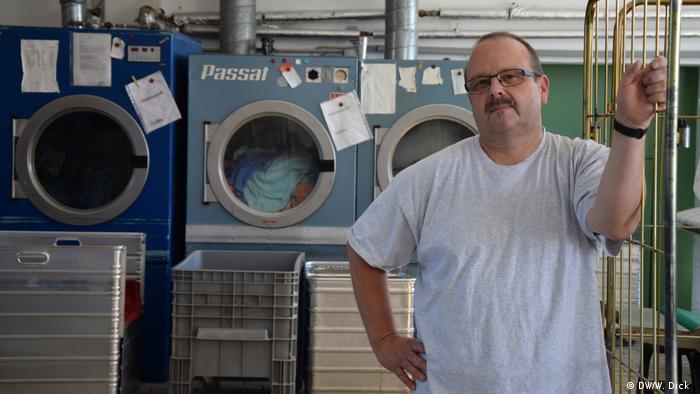 A woman who has lived in the town for many years said she noticed the water shortages three years ago. "One day, the water pressure just dropped off," she said, adding that the town's calls for residents to use water sparingly are being ignored by many.

One of the more recent and visible culprits is private swimming pools appearing in many residents' backyards. According to Germany's Swimming Pool and Wellness Association, a growing number of Germans are deciding to install their own pools. One reason for this is that people who are traveling less during this pandemic want to have a nice time relaxing at home.

Karsten Rinke, a biologist with the Helmholtz Centre for Environmental Research, says Germans will have to prepare for future water shortages. At least technological innovations and water conservation efforts have reduced the average daily water consumption in Germany from 147 to 123 liters per person, says the researcher. But Germany's Federal Office of Civil Protection and Disaster Assistance (BBK) reports that climate predictions paint a gloomy picture of the future. It warns that people in some parts of Germany could soon face problems sourcing drinking water. 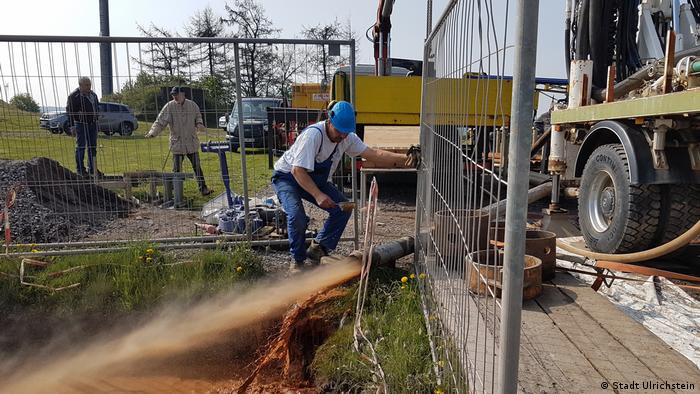 German Environmental Minister Svenja Schulze has scheduled a "water summit" for spring 2021 to discuss this worrying situation with federal, state and local representatives. She wants to devise a comprehensive strategy to tackle the country's water shortage.

Poland: The dark side of Warsaw's strawberry market

The wholesale price of strawberries is down in Warsaw, but producers say they still have a problem getting rid of their fruit as some buyers have worked out how to extract big profits.

The number of forest fires in Germany jumped fourfold last year, setting a 15-year high. Hot, dry conditions have increased threat levels, and there are concerns local fire brigades are ill-equipped to respond.