Volkswagen HQ in Wolfsburg isn’t the only place where the consequences of the dieselgate scandal are being felt. Cities that host VW’s production facilities must also rejig their budgets as VW pays fewer taxes. 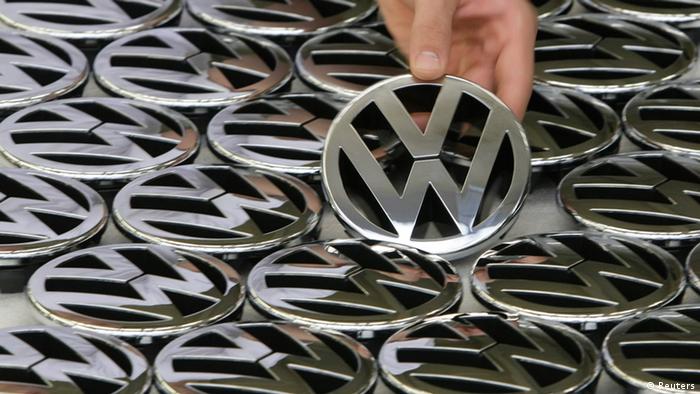 For many municipalities in Germany, playing host to one of Volkswagen's manufacturing plants was long a blessing. As the automaker's profits swelled, so too did local governments' tax revenues.

The financial cushion was a welcome one for residents, who enjoyed tax breaks and generous subsidies for all kinds of things from childcare to burial costs. But all that's changing now that Europe's largest automaker isn't the money-maker that it once was.

Last year, Volkswagen logged a net loss of 1.6 billion euros ($1.8 billion), the first time the Wolfsburg-based carmaker had posted a full year of losses since 1993. VW also put aside some 16.4 billion euros to cover any additional costs as it cleans up its dirty diesel mess.

According to a survey by the German news wire DPA, cities that once relied heavily on tax revenues from VW are now being forced to raise all kinds of taxes in order to make up for a shortfall in their budgets.

Authorities in Wolfsburg, for instance, where the VW Group is headquartered, recorded an 80-percent slump in net commercial tax payments, DPA said. Instead of the 253 million euros the tax office raked in in 2014, when VW was still outfitting cars with defeat devices, only 52 million euros are left over.

Though tax officials won't disclose just how much of the nosedive is a direct result of VW's precarious financial situation, they do concede that the automaker is a central pillar of the local economy.

For taxpayers in Wolfsburg, the missing revenues are manifesting in higher childcare costs, property taxes and parking fees. Even having a dog is getting more expensive - the so-called “dog tax” will jump 20 percent for the first household canine and 24 percent for each additional one, according to DPA.

Similar belt-tightening is happening in Ingolstadt, where VW's Audi brand is based, Osnabrück and Salzgitter, both of which have facilities that respectively produce VW's Tiguan SUV and truckmaker MAN's TGS and TGX heavy trucks.

Even death is getting more expensive

In the city of Weissach in the southern German state of Baden-Württemberg, where the VW subsidiary Porsche operates a research center, tax authorities speak of a “complete loss of commercial taxes from Volkswagen.”

While the municipality earned 70 million euros from Volkswagen in 2014, that amount plummeted to 38.8 million last year - and it's only expected to drop further. This year, Weissach figures it will take in a paltry 1.5 million euros from VW in commercial taxes, DPA said.

The sudden loss of revenue has led some people in Germany to quip that in addition to beloved subsidies disappearing, even death is becoming more expensive. The price of an urn burial has shot up to 420 euros from 145.

Volkswagen has agreed to a $14.7 billion settlement which includes payouts to individual US owners of up to $10,000. The settlement is being called the largest auto-related class-action settlement in US history. (28.06.2016)