Angela Merkel has described recent political developments in Turkey, especially regarding the Kurdish community, as worrisome. The chancellor is on a trip to Istanbul to attend a 50-nation UN summit on refugees. 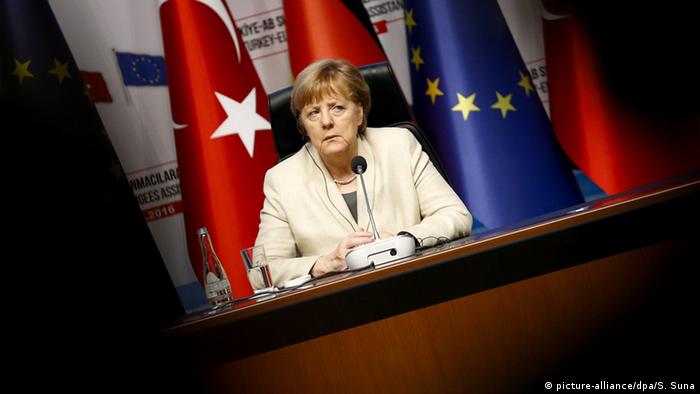 Speaking to German newspaper "Frankfurter Allgemeine Zeitung" (FAZ), Merkel said, "We want the Kurdish people to have an equal place and a good future in Turkey."

She criticized the breakdown of talks between Ankara and its Kurdish community last year and said that the parliament's latest decision to strip its members of immunity would have "serious consequences" for Kurdish politicians.

Merkel is under pressure from politicians in her ruling coalition and the opposition, who accuse Berlin of bowing to pressure and becoming dependent on the Turkish state. EU states have signed a multibillion-euro deal with Ankara to take back refugees coming from Syria. The agreement includes waiving visa obligations for Turkish citizens traveling to the EU.

However, Merkel rejected the accusations, admitting there was a "necessity to balance interests," but also saying she would not shy away from criticizing President Erdogan's government.

Merkel is on a two-day trip to Istanbul to attend a UN refugee summit with 50 other representatives and heads of states. German Development Minister Gerd Müller has confirmed that Berlin will stick to its promise of providing 850-million-euros worth of aid for Syria.

Saudi Arabia rejects US report on Khashoggi's murder 4h ago