Cardinal Reinhard Marx's decision to waive one of Germany's highest honors is a sign that "church aristocracy" is finally glancing at past harm done, say sexual abuse victims. 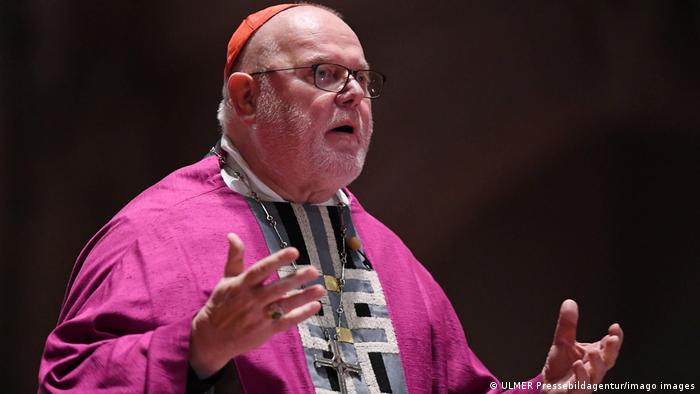 Groups for survivors of sexual abuse at the hands of Catholic clergy  in the Cologne and Trier dioceses welcomed Cardinal Reinhard Marx's decision not to receive one of Germany's top awards for public service — akin to an Anglo-Saxon knighthood.

"It shows that churchly princes also are finally glancing at the people harmed," said Peter Bringmann-Henselder of a Cologne diocese advisory group, referring to the many children abused in the past by priests.

Herman Schell of a Trier abuse victims group, calling itself Missbits, said Marx's renunciation showed earnest candor, but irritation lingered over the cardinal's reticence to explain his role in protecting perpetrators and trivializing abuse during his term as Trier bishop between 2002 and 2008.

Marx, a bishop in Munich since 2008, and from 2014 until 2020 chair of Germany's Catholic Bishops Conference (DBK), had been due next Friday to receive Germany's top Order of Merit with Star — awarded to his DBK predecessors Robert Zollitsch and the late Cardinal Karl Lehrmann.

Marx, 67, writing to Germany's head of state, President Frank-Walter Steinmeier, requested the cancelation of Friday's award ceremony that had been officially scheduled at Berlin's Bellevue Palace.

"I take the criticism that is now being voiced by people who have been affected by sexual abuse in the realm of the church very seriously, regardless of the accuracy of the individual statements made in open letters and in the media publicity," Marx wrote to Steinmeier.

In remarks published by Marx's press bureau, the cardinal, who in 2018 said as then-DKB chair he took responsibility "for all the pain caused," said Wednesday he felt further obligated to resolve the situation — both as a church officeholder and personally.

A spokeswoman for Steinmeier told the Catholic KNA news agency the president "respected" Marx's decision to forgo the award. 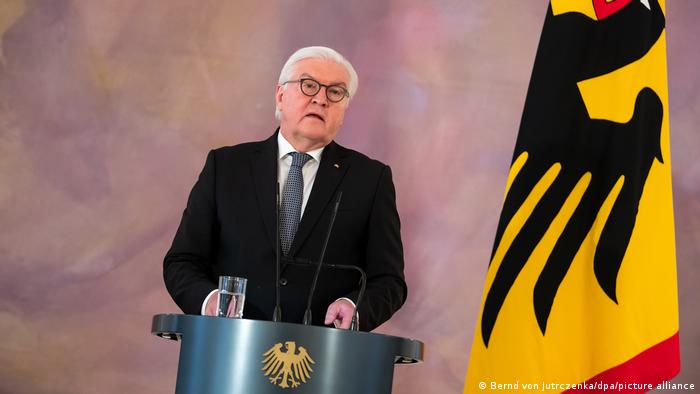 Steinmeier said he understood Marx's decision not to receive the award

"In a telephone conversation with Cardinal Marx, the Federal President reaffirmed the latter's great services for solidarity and justice, as exemplified not least in his campaign to welcome refugees [to Germany in 2015], but also in the constant dialogue between church and society," the presidential official said.

Both men had agreed that coming to terms with sexual abuse in the Catholic Church was "of paramount importance" and must be continued, the spokeswoman added.

Marx, in an interview with Publik-Forum, a progressive Catholic magazine due out next Friday, said the "catastrophe" facing the church could not be trivialized despite hopes he also held of returning to normal.

Referring to the Canisius scandal of 2010, which involved allegations of sexual assault against teachers at the Catholic school in Berlin, he said: "We felt the impact of the shock, but did not understand it to its ultimate consequence."

For his Bavarian diocese, he had commissioned a new abuse study "complete from 1945 until the end of 2019."

The inquiry, said Marx, would include "my term in office" and that of Joseph Ratzinger, from 1977 until 1982, who later became Pope Benedict XVI.

Awards already made to victims' advocates

Katsch was one of three pupils who in 2010 informed Mertes about past sexual abuses of children at the school. Mertes' letter to parents became public.

Katsch went on to form the "jagged table" (Eckige Tisch) network for victims and Mertes published numerous books on abuse.

Cologne victims' spokesman Bringmann-Henselder said: "I hope that other cardinals and bishops will draw consequences from their behavior, as Bishop Hesse in Hamburg has done."

Archbishop Stefan Hesse, formerly head of personal in Cologne between 2006 and 2012, was granted time off his normal duties in March by Pope Francis.

That was after Cologne Archbishop Rainer Maria Woelki — defying calls to publish an earlier report — made public the so-called "Gercke" report in March.

Compiled by criminal lawyer Björn Gercke, it documented how the Cologne bishopric between 1975 and 2018 hushed up scandals and protected perpetrators.

Incriminated were past officeholders but not Woelki himself, who then suspended two senior clerics for alleged breaches of duty.

In all, Gercke identified 75 breaches traced to eight people, including failure to disclose abuse and omissions in assisting victims.

Such failings have prompted widespread exits from congregations in Germany and strident calls by reformist women Catholics, including the priesthood be open to women.

Pope Francis has established a new tribunal with powers to judge bishops accused of covering up sexual abuse of minors. The move follows years of criticism that the church has failed to punish the guilty.