Already struggling with falling profits, rising production costs and increased competition from abroad, German carmakers are facing another challenge: a number of surveys show some of their cars are less reliable. 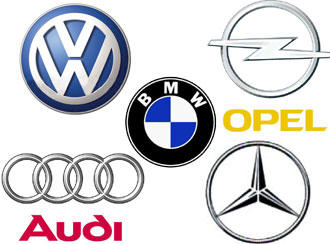 Not as trustworthy any more?

It’s been a tough year for many German car manufacturers. Faced with increased competition from abroad and falling sales, executives are struggling to bring down production costs despite tough opposition from labor unions.

Earlier this month, Volkswagen managers said they would cut costs by €2 billion ($2.6 billion) -- 30 percent -- ­over the next seven years. In July, DaimlerChrysler threatened to move production to South Africa if its Stuttgart-based workforce didn’t accept a pay cut.

But lurking behind these headlines is another story. Some German cars, once synonymous with reliability, are no longer living up to expectations. 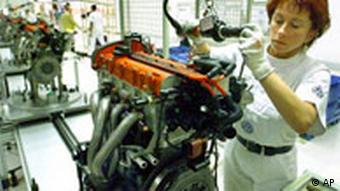 In it’s latest survey released in August, the UK-based consumer magazine Which? gave VW bad marks, putting it in the lowest “poor” category, a position it has now held for two years. Mercedes-Benz, which used to be in the top “best” category has steadily slipped two notches into the “average” category. Audi, once judged to be “good,” is now considered “poor,” and BMW has gone from “good” to “poor.”

The reasons for the decline are complicated and vary depending on the company and model in question. And experts are quick to point out that not all German models have dropped off in ratings. But they point to a few general trends. 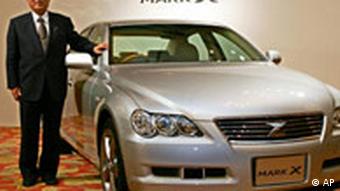 Japanese carmakers are giving the Germans a run for their money.

For one, they say it’s not necessarily just a case of German cars becoming less reliable. It’s that they are comparatively less reliable than their Japanese competitors, who have raised the bar with some models going up to five years without any trouble.

“The competitors are getting more reliable, rather than Germans getting less reliable,” Graham Whyte, an editor at UK-based newcarnet.co.uk, an online guide to new cars, told DW-WORLD.

Richard Headland, a principal researcher at Which?, agreed.

“Japanese car makers are demonstrating that it is possible to build cars that are exceptionally reliable and that brings up the whole average,” he said.

For some high-end carmakers, like Mercedes-Benz, technology has proven to be the Achilles heel. In the competitive luxury car market, Mercedes-Benz has to be superior in two categories: quality and innovation, Ferdinand Duddenhöffer, a professor at the Gelsenkirchen Institute of Automobile Economics, told DW-WORLD. Unfortunately, in the race to triumph over competitors, Mercedes may have sacrificed quality. 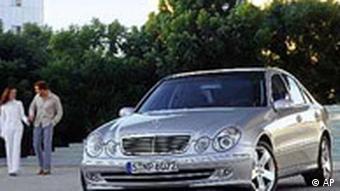 At a time when the average development time of new cars has shrunk from five years to 32 months, not enough so-called “soak-testing” time to establish the reliability of these new devices was allotted. At Mercedes-Benz, that seems to have been the case with the introduction of the new E-Class, a particularly problematic model.

“They are in too much of a hurry now to produce new cars from scratch and under increasing pressure to make ever more technologically sophisticated models,” Whyte said. “It’s the same if you plan a vacation in a hurry: You are bound to go wrong somewhere.”

The root of the problem at more mass-market manufacturers like VW is a bit harder to pinpoint. Faulty advanced electronics -­- an industry wide problem -­- may have a bit to do with it, but most models are not nearly as complex as those of, say, Mercedes-Benz.

Experts can only guess.

“They have expanded by taking on Seat and Skoda,” said Headland of Which?. “Perhaps the expansion has put pressure on their resources and internal quality control.”

“With all the cost cutting, perhaps it is affecting their production standards,” said Whyte.

Duddenhöffer, however, was not inclined to agree with such theories. He pointed out that VW has always had a strong commitment to quality and will continue to do so despite cost cutting. 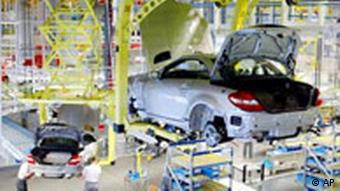 Work at a DaimlerChrysler plant in Bremen

Regardless of the cause, German carmakers are looking to get back into the good graces of their buying public. Particularly in the luxury category, where new cars can cost up to €70,000, consumers are demanding. Thus far, German carmakers in this category, ­like Mercedes-Benz and BMW, ­have not experienced a drop in sales, but their fortunes could change.

According to Whyte, the CEO of Mercedes Benz admitted in Automotive News that the company had added unproven technology to vehicles too quickly, and in the future Mercedes would devote more time to testing. If that’s the case, it will still take a few years for the turn-around to turn up in surveys.

At VW, management will have to get to the root of the problem, in the hopes of living up to their old slogan: “If only everything in life was as reliable as a Volkswagen.”

What Next for German Auto Industry?

The threats issued from the boardrooms of the global car giants are clear: bring down the cost of production or jobs will be cut. In July, Daimler-Chrysler told its Stuttgart workers that either wages will be cut or production of the C-Class Mercedes will move to South Africa. (Nov. 12, 2004)

In this dossier, DW-WORLD takes a look at the ups and downs of the German car industry in the last year and examines the issues of outsourcing, labor market reforms and job cuts as they relate to the future of one of the country's largest manufacturing sectors.