The German government has approved a bill that would reduce greenhouse gas emissions at a faster rate with the goal of becoming climate neutral by 2045. 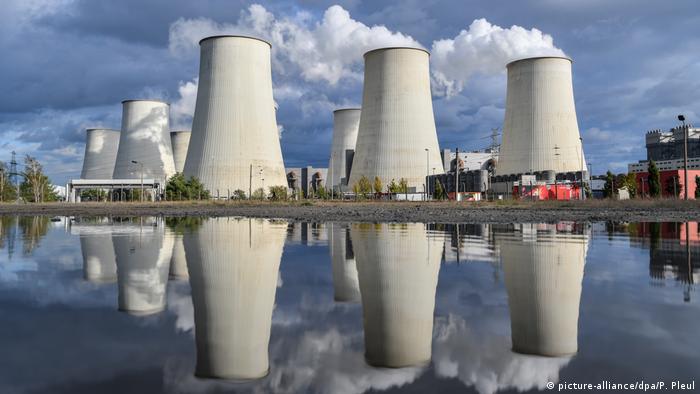 A coal-powered plant in the German state of Brandenburg

The legislation is the German government's response to an unprecedented April Constitutional Court ruling that demanded that the country share the burden of emissions reduction between older and younger generations.

Greenhouse gas neutrality is to be achieved by 2045.

"With this law, we are achieving greater equality between the generations, greater security in planning for the future and a bold climate protection plan that does not stall the economy, but restructures and modernizes it," Schulze said.

Schulze added that Germany would seek to record negative emissions from 2050 onwards — absorbing more greenhouse gases than it produced. "We are talking about nothing less than a doubling of the tempo when it comes to climate protection," she said.

The minister said "immediate measures" to put the implement the law are to be presented in the coming weeks.

Schulze had earlier told the public broadcaster ARD that the law was a "really important framework" because it makes climate protection legally binding. "No one can be able to duck away anymore," she said.

The legislation requires responsible ministers to immediately make up for any failures of any relevant sector to meet its climate targets.

Merkel's conservatives are under some electoral pressure from the Green Party, which currently leads opinion polls ahead of September's general election. Speaking to ARD, Green Party leader Annalena Baerbock — a would-be successor to Merkel as chancellor — urged the government to "not just name targets, but also measures with which we can reach these targets."