The German government has thrown its weight behind a draft law ensuring long-term support for the development and use of electric cars. Extra funding and tax breaks are among the instruments to promote such vehicles. 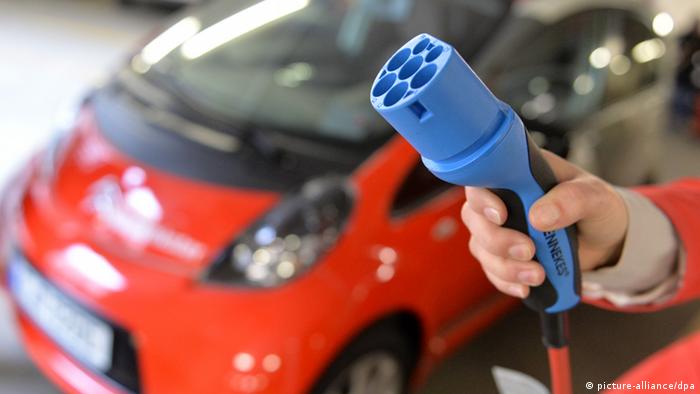 German cabinet ministers from the ruling grand coalition of Christian and Social Democrats on Wednesday adopted a draft law aimed at boosting the production and sales of electric cars across the country.

Realizing that the electric car business had gotten off to an unsatisfactorily slow start, Berlin came out in favor of granting some extra rights for potential owners of such vehicles, including the use of specially reserved parking and recharging terminals as well as reduced or even zero parking fees for e-car drivers.

Tax breaks that had previously been postponed are now also becoming a reality, if the bill passes parliament. People buying an electric car in Germany by 2015 will be exempted from the regular car tax for a period of 10 years.

The government also announced its resolve to expand funding for the technological development of electric cars in Germany, saying that four regions of automotive innovation would get a total of 180 million euros ($231 million) in money for research and development by 2015.

What's the future for electric cars?

While "green" cars look like a perfect match for Berlin's drive to move away from dirty fossil fuels, the e-car concept has proven hard to sell to customers in Europe's powerhouse economy.

The government said back in 2011 that it wanted to see 1 million electric vehicles on the road by 2020, but that target has seemed way out of reach with only 21,000 such cars registered in Germany so far.