More German travelers have been using foreign airports since a flight tax was imposed early this year. Berlin appears to be following in the footsteps of the Netherlands, where a similar levy was trialed three years ago. 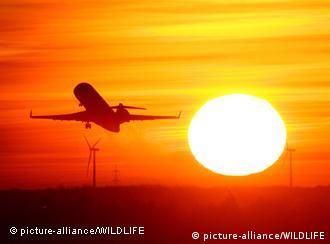 Consider two small airports in the middle of Europe. At Maastricht Aachen Airport, business is booming thanks to an influx of German passengers who are fleeing a national aviation tax introduced on January 1, 2011. Meanwhile, just 80 kilometers across the border, Germany's Weeze Airport has been steadily losing customers.

A few years ago, things were exactly the opposite. The Netherlands had its own, yearlong experiment with an aviation tax, but revoked it in July 2009 after it saw Dutch hubs like Maastricht Aachen Airport lose passengers to rivals in neighboring countries, including Germany.

The levy cost Dutch airports, airlines, and related businesses between 1.2 and 1.3 million euros in lost revenue, according to a study by Amsterdam Aviation Economics, a research institute affiliated with the University of Amsterdam.

Hans van Mierlo, a professor of public finance at the University of Maastricht, said the abundance of transportation options in Europe means travelers can and will seek out alternatives whenever one country unilaterally imposes an air passenger tax.

"The [Dutch] crowd went to Germany; now the German crowd comes to us," he told Deutsche Welle. "I am surprised that the German government didn't learn from the Dutch failure." 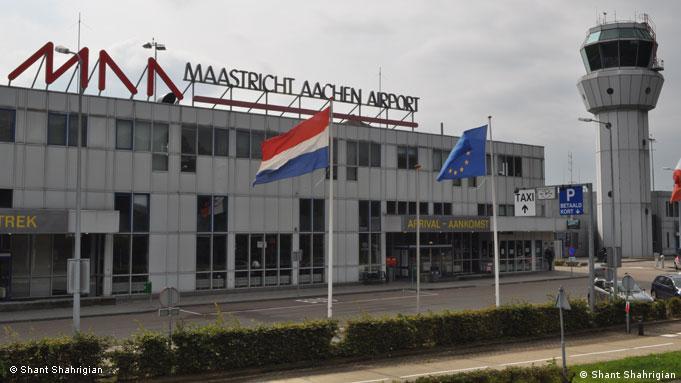 Maastricht-Aachen Airport may be small, but traffic is growing rapidly

The German aviation tax runs at a rate of eight euros per one-way flight within Europe, 25 euros for medium-haul services to the Middle East and Sub-Saharan Africa, and 45 euros for long-haul flights. The tariff only applies to flights originating in Germany. The German Finance Ministry reported the duty raised 434 million euros in revenues in the first half of 2011.

However, for travelers, the tax can double the total cost of a bargain ticket. That has driven Irish budget carrier Ryanair to cancel some of its services from Weeze Airport and add flights at Maastricht. Meanwhile, rival airline Germanwings has launched a service linking Maastricht to Berlin 12 times per week.

Those moves helped drive Maastricht Aachen Airport's whopping 70 percent increase in passengers so far this year. That is quite a comeback from the time of the Dutch aviation tax, when it lost 25 percent of its customers. 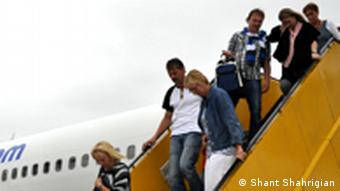 Maastricht's airport has new routes to Bucharest, Tenerife, and other spots

Among the new clientele is Ne Pham from Jülich, Germany. She told Deutsche Welle that she used to fly out of Cologne or Dusseldorf to destinations like Italy, the United States and her native Vietnam.

"It's cheaper to fly from [Maastricht] than from Germany," she said. "It's easy to find, has lots of parking spaces, and a very fast check-in. It's small but nice."

To accommodate new passengers, Maastricht Aachen Airport has renovated its main waiting area and sole restaurant. A new bus line runs from Cologne directly to the Dutch airport, where travelers are greeted by a row of flags from seven European countries. Airport staff members are required to speak German and English in addition to Dutch, and a number of them speak French as well.

Marion Schramm and her husband, from Geilenkirchen, Germany, echoed Pham's reasons for choosing Maastricht Aachen Airport. But they were not as impressed by the small airport's recent makeover.

"It's obviously dinky," Marion Schramm told Deutsche Welle, "You see everything right away. But it's a lot cheaper than Germany at the moment." 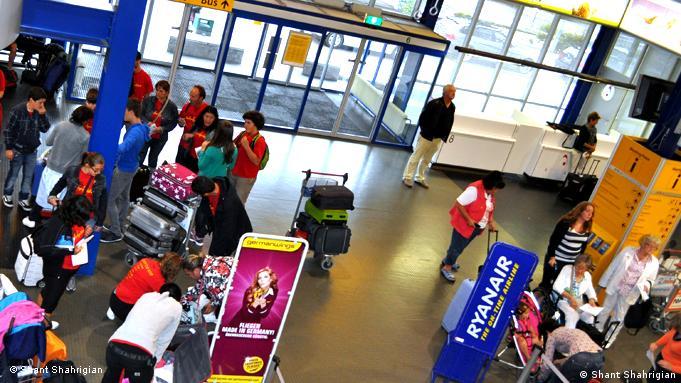 Customers have mixed reviews for the small Dutch airport's facilities

The German Airport Association, which represents German air hubs, has called for an immediate end to the national flight tax. It reported a tepid growth rate of 3.2 percent at airports throughout the country this July, compared with the same month last year.

Weeze Airport, near Dusseldorf, had 22.8 percent fewer customers in the same time period. Ludger van Bebber, the airport's managing director, said many of the hub's clients used to come from the Netherlands.

"The aviation tax destroys the level playing field for us," he told Deutsche Welle. "That is the main issue we have here at Weeze."

Meanwhile, Berlin's two hubs are seeing travelers hop across the border to nearby Polish airports. And people in Munich do not have to drive far to reach a number of alternative airports in Austria and the Czech Republic. 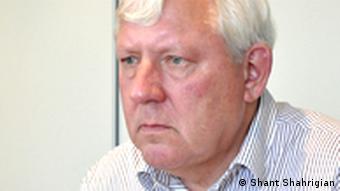 While the German Finance Ministry has denied recent media reports that it might lower the aviation tax rates, the ministry is scheduled to evaluate the levy's effects on small and medium-sized airports in June 2012.

The chairman of Maastricht Aachen Airport, Jan Tindemans, said he is not worried about his business in the short term - even if Berlin ends up decreasing or revoking the tax.

He told Deutsche Welle that winning back market share in the wake of the Dutch tax experiment was very difficult. He does not expect things to be any easier for German hubs.

"No bakery wants its customers to go for one or two times to another bakery, because they always think [the customers] will stay there," he said. "There will be some people who will go back, but I don't think there will be much of an effect."

Tindemans said Maastricht Aachen Airport is seeking to add more airlines and destinations to its roster. He added that his airport could double annual traffic to almost one million passengers over the coming years if economic conditions remain stable.

Germany's second largest airline, Air Berlin, is back in the headlines following a revelation that it handed out "topbonus Gold Cards" to members of parliament. (11.10.2011)

Contract negotiations with German air traffic controllers have collapsed, raising the prospect of a nationwide work stoppage next week. The strike would be the first such industrial action in German history. (09.10.2011)

German airline Lufthansa is scaling back plans to increase its passenger capacity this winter. The company's managers don't want to send half-empty aircraft into skies littered with dark economic clouds. (22.09.2011)