China's Ningbo Jifeng has reached agreement to buy out German auto parts maker Grammer, in a deal that marks the latest Chinese acquisition of European technology and is likely to face close scrutiny from EU regulators. 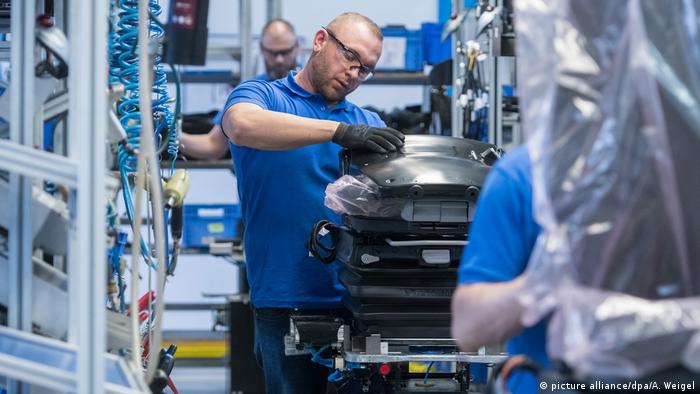 The German company announced Tuesday it had agreed to a buyout offer by affiliates of Chinese partner Ningbo Jifeng Auto Parts that would value the maker of vehicle seats and other interior car parts at about €770 million ($889 million).

The supervisory board of the Amberg, Germany-based company endorsed the suitors' plan to pay €60 a share plus a share dividend of €1.25, which paved the way for Ningbo to take full control.

A business-combination agreement outlining the companies' ties was signed, a Grammer statement said, adding that the minimum acceptance threshold for the deal was 50 percent of Grammer's stock plus one share, including the 25 percent already controlled by the Chinese firm.

According to sources familiar with the deal and cited by news agency Reuters, Ningbo Jifeng was also offering to guarantee jobs at Grammer for seven-and-a-half years as part of the transaction.

Ningbo Jifeng already owns 25.51 percent in Grammer, after it raised its stake in October last year amid a power struggle with a rival shareholder — Bosnia's Hastor family, who currently owns 9 percent.

At the time, Grammer's management said it generally welcomed the attention of Ningbo Jifeng as a potential "white knight" in its conflict with Hastor. Now DZ Bank analyst Michael Punzer said the takeover would offer the Hastor group a "good opportunity to exit" its controversial holding.

The transaction comes as European lawmakers finalize a proposal for greater scrutiny of investments made with state influence or aimed at transferring key technologies to a third country. The regulation is primarily aimed at Chinese state-owned firms that are eager to buy European rivals.

In Germany, several China-backed acquisitions have caused controversy — the latest being an unsolicited approach by Chinese carmaker Geely to secure a $9 billion stake in Germany's Daimler.

Ningbo's takeover also comes less than a week after German Chancellor Angela Merkel called on the world's second-largest economy to open up key industries to outside markets. During a trip to China she demanded greater reciprocity between both regions when it comes to takeovers and market access to technologies.

As the US has heightened scrutiny over Chinese buyouts of sensitive technology, companies from China have turned their attention to Europe, particularly Germany, where they see better chances to reach deals without regulatory resistance.