German analysts: Gabriel and SPD won′t be lurching left | Germany| News and in-depth reporting from Berlin and beyond | DW | 13.05.2016

A meeting between SPD party leader Sigmar Gabriel and old socialist archenemy Oskar Lafontaine has raised eyebrows. But, analysts say, don't expect the Social Democrats to make a leap to the left a la Sanders or Corbyn. 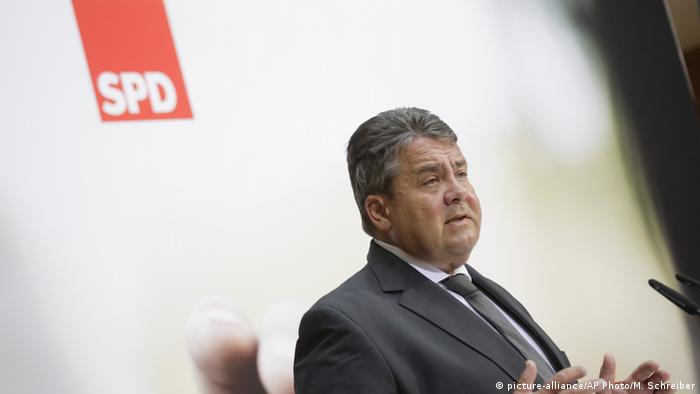 The head of the Social Democrats (SPD) has consistently worked to keep his center-left party in a broad church, but one appointment in Sigmar Gabriel's diary triggered plenty of pundit gossip on Friday.

The "Rheinische Post" (RP) revealed in the morning that Germany's vice chancellor would be meeting one of the SPD's oldest enemies: Oskar Lafontaine, the man who ruptured the party in 1999 by quitting as finance minister in Gerhard Schröder's nascent government and then in 2005 joined the socialist WASG, which evolved into today's Left party.

It would be difficult to think of a single person who had done more than Lafontaine to leave the Social Democrats in their current predicament. The SPD is struggling to find a political identity in Angela Merkel's centrist Christian Democrat-led government and barely able to clear 20 percent in the polls - a historic low for Germany's oldest party. 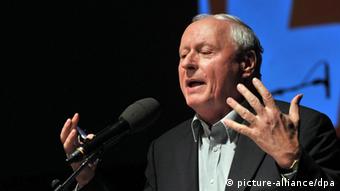 Oskar Lafontaine was once the SPD's biggest bogeyman

Quoting anonymous SPD sources, the RP reported that Gabriel had asked for the meeting during a visit to Lafontaine's home state of Saarland, where the 72-year-old is head of the state's Left party. The SPD's press office would not comment on the meeting, which the RP's sources described as "informal."

The moment was inopportune, coming as it did just days after Gabriel had to fend off rumors that he was considering resigning (after a bout of shingles had kept him out of action for a week) and a week after the announcement that the SPD would postpone announcing its chancellor candidate for the next election until next year.

Nevertheless, analysts were reluctant to read too much into the meeting. "Gabriel never lost the idea of forming a coalition with the Left," said Gero Neugebauer, political scientist at the Free University of Berlin. "And if he wants to have the opportunity to lead, he has to keep contact with Lafontaine, because Lafontaine is still a very important person in the Left."

Josef Janning of the European Council on Foreign Relations thinks that Gabriel simply has no reason not to meet Lafontaine; after all, his enemies will not trust him either way. "I think Gabriel thinks he can't really lose, he can only win; so he just does it," he told DW. "He always tries to surprise people by doing things that you would not expect of him - but on the other hand, they don't mean that much."

But both analysts agree that there is not much that Gabriel can do to rescue the SPD from its plight. "Every chair of the SPD would be in the same situation," Neugebauer said. "It's the history, and the politics, and it's Mrs. Merkel."

"What hurts the SPD more than the conservatives is that this is not a time for catchall parties," Janning said. "They are all struggling. The SPD is struggling more because it has lost a lot to its left, but it is not winning in the center."

The SPD's dilemma is fairly simple to explain: The center-left is a crowded terrain in Germany, thanks in part to Merkel's taking over many left-wing positions. But that doesn't mean that a lurch more to the left would help the Social Democrats. "There are those in the SPD who say, 'If we give up on the center, we can't really win,'" Janning said. "They say we are lacking a left-wing identity because a part of that is absorbed rather successfully by the Left party, and another part is owned and defended by the Greens."

"All the instruments the Social Democrats could use in the past to improve the situation of their party have vanished," Neugebauer said. "Like national finance politics, national economic politics, the big social milieus that voted for the SPD, like unionists. Twenty years ago, everyone said the SPD was the party that stood for social justice. Today every party talks about social justice, even the right-wing ones."

The other problem Gabriel has is that he lacks the credibility of a strong personality, like legendary early-1970s Chancellor Willy Brandt - another SPD centrist, but with strong appeal to the left.

Moreover, Gabriel's position in government as vice chancellor and economy minister is not important enough to make his day-to-day performance count toward his personal approval ratings - few Germans fret about Gabriel's handling of the refugee crisis, while Merkel's actions are under constant scrutiny. And anyway, as Janning put it: "Nowadays ... the important economic decisions are taken in Brussels." 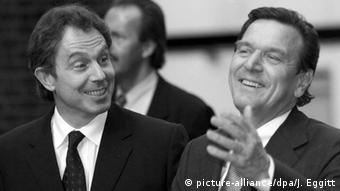 Some political columnists believe that the only way for the SPD to win traction again is to try to win back its roots as a workers' party - and they see the paradigm in the UK's Labour Party, which long-term socialist MP Jeremy Corbyn took over as leader last year. After all, aping the Labour Party proved successful in the 1990s, when Gerhard Schröder took a leaf out of Tony Blair's media-savvy book and reinvented the SPD as a free-market economy party.

But, Janning said, this is the last thing the SPD leadership wants. "I think they believe that the Labour Party got hijacked at the moment it was weak - in a similar way to when the Republican Party got hijacked by the evangelicals and the Tea Party," Janning said. "They wonder: 'How can we protect ourselves from becoming victim to a Corbyn-type inside revolution?'"

There have also been debates about the rise of socialist rhetoric employed by the Democratic candidate Bernie Sanders in the United States, but Neugebauer said all that was academic. "The left in the SPD is a minority, and they are not strong enough to organize," he said. "Forget it."

Through local conferences, Gabriel has worked hard to keep regional and local party members on his side and prevent an internal party revolution. But Neugebauer says the SPD needs a different strategy.

"They should try to convince people that the solutions of a lot of German problems can be found not in Germany alone, but by deepening European integration, and they have to show that they are able to make an offer that people shouldn't fear changes that come from deepening globalization," he said. "But the problem is: There is always Merkel, gathering all the collective successes of the government."

Leaders of Germany's governing parties have reportedly pledged their support for President Joachim Gauck to serve a second term. Top politicians hope to avoid any suspicions of ructions within their "grand coalition." (13.05.2016)

Ahead of Germany's federal election in 2017, a new poll shows that two-thirds of Germans oppose a fourth term for Chancellor Angela Merkel. The results echo other polls showing waning support for the governing coalition. (12.05.2016)

The deputy leader of Germany's Social Democrats, Ralf Stegner, has dismissed reports of the resignation of party chairman Sigmar Gabriel. There have been growing concerns over Gabriel's health in recent weeks. (08.05.2016)