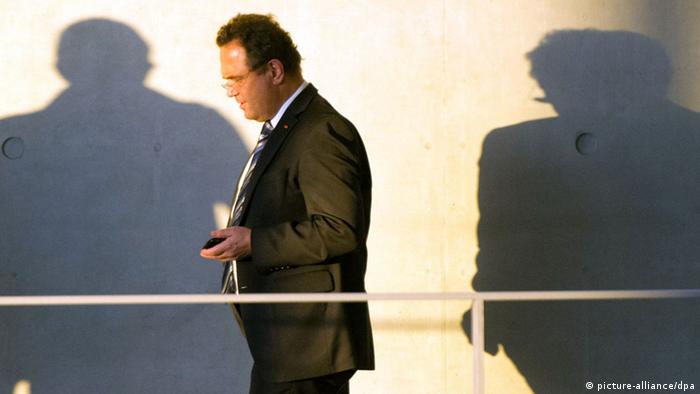 Friedrich was under fire on Friday amid allegations he passed on confidential police data while he was interior minister. Although he said he acted "in good conscience," Friedrich said in a statement: "If the prosecutors come to another conclusion and open a formal inquiry, I will offer my resignation."

Social Democrat Party (SPD) leaders confirmed on Thursday Friedrich had informed them back in October of the investigation into fellow party member Sebastian Edathy, who has been targeted by authorities as part of a child pornography investigation. Revealing such information would be a breach of German law.

Friedrich's spokesman Jens Teschke told reporters in Berlin on Friday that the agriculture minister believed he'd acted in accordance with the law when he told the SPD about the investigation into Edathy.

Chancellor Angela Merkel's conservative Christian Democrats (CDU), along with their Bavarian Christian Social Union (CSU) sister party, to which Friedrich belongs, was then in coalition talks with the SPD.

Merkel's spokesman Steffan Seibert said that the Chancellor had "an intensive conversation" with Friedrich on Friday and that his explanation of the affair speaks for itself. "The legal assessment is the responsibility of the authorities," said Seibert.

The head of the Hanover prosecutor's office, Jörg Fröhlich, said on Friday that he was "shocked" about the amount of information that has gone public about the investigation, which focuses on the alleged ordering of pictures of underage boys.

"That despite the exceedingly great restraint of the Hanover prosecutors so much information is known to the public – the investigation files were in some cases completely reproduced – shocks me, shocks my office deeply," he said.

"It also leaves us relatively stunned that apparently large parts of the police and the interior ministry busied themselves with the case and made criminal evaluations before the judiciary ever came into possession of the relevant criminal files," he added.

Edathy's home was raided on Tuesday by police searching for child pornography. He resigned from his role in the Bundestag last week, but has denied any criminal wrongdoing.

Sebastian Edathy is well-known in Germany since he led a parliamentary panel last year investigating why police and intelligence services failed to stop a neo-Nazi murder spree.

Political observers were then surprised when Edathy was not tipped for a top office in the new grand coalition government following the September 2013 general election.