Anna Schudt has won the International Emmy Award in the best actress category, while another nominated German drama left empty-handed. 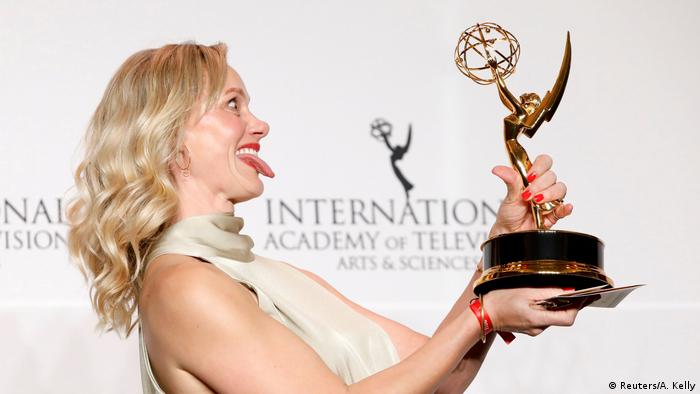 Actress Anna Schudt won the International Emmy Award on Monday for her portrayal of real-life comedian Gaby Köster in the TV movie Ein Schnupfen hätte auch gereicht (The Sniffles Would Have Been Just Fine), based on an autobiography by the same title written by Köster. 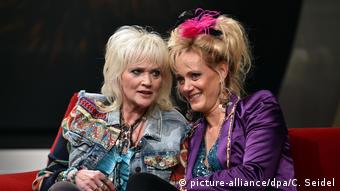 Köster is a popular German TV comedian who had to interrupt her career in 2008 after suffering a stroke, but didn't let its physically debilitating effects deter her.

While Anna Schudt is a renowned stage actress, however, Germans know her best as commissioner Martina Bönisch in the cult crime series  Tatort. She is part of the Dortmund team of detectives, alongside Jörg Hartmann in the role of commissioner Peter Faber.

Read more: Germany's longest-running soap to end in 2020: What made Lindenstrasse so popular?

Other leading awards for Europe

The top male acting award went to Denmark's Lars Mikkelsen for his role in Ride Upon the Storm.

The 46th annual ceremony for the International Emmy Awards was held on Monday evening in New York. The awards, bestowed by the International Academy of Television Arts and Sciences, recognize the best television programs initially produced and aired outside the United States.

50 years of color TV in Germany

It had already been available in the US since 1954, but West Germany had to wait until 1967 for color TV broadcasts. Viewers long remained skeptical - but the new technology eventually caught on. (25.08.2017)

Why TV series from the US are so good

TV series produced in Germany and elsewhere in Europe are finding their way onto outlets like Netflix. But the US, with its cult series such as "Breaking Bad" and "Mad Men," remains hard to beat. Why is that? (09.05.2018)