We have breaking news that moves the world. We provide uncensored information that no one in our target region provides. We deliver the stories that interest our users with a German perspective. 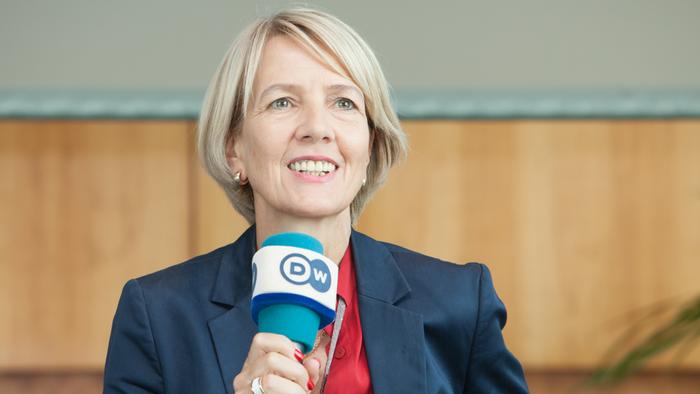 We inform and we question, we explain and enhance. We are quick and thorough. That is what we stand for. We tell it like it is.

Telling it like it is: That’s a motto for journalists that came from the analogue world - from Rudolf Augstein, founder of the German magazine "Der Spiegel." Already back at the time of its founding, there was value in following this creed. The motto is even more relevant in the digital world today, at a time in which everything appears to be given equal weight and no evidence is provided or proven. It is a world in which Deutsche Welle is moving dynamically and in which DW is, itself, a player.

All over the world communities are becoming frustrated with the internet. Our answer to this is to pay greater attention and to have even more journalistic diligence when working on a thoroughly investigated story, in a confrontational interview with a politician, in visually stark reporting from a country where terror reigns. We offer facts instead of fake news, attitude in lieu of hate, exchange instead of isolation. To top it all off, we have the appreciation of those we are there for: our users worldwide who value us as a credible source and who have free access to information via our platforms and can communicate with others around the globe as a result.

The fruitful debates sparked on the digital platforms of our Arabic program, the controversial discussions that our African users are having on Facebook, the great commitment with which our Asian language editors have been so successfully addressing their audiences in the digital world, the widespread acceptance of the English-language TV channel: these are just a few of many examples that highlight the power DW has had in its 65 years of existence.

“Facts instead of fake news, attitude in lieu of hate, exchange instead of isolation”

There is a crucial difference to earlier times for those in charge of programming today at Deutsche Welle. Active on Facebook, Instagram, Twitter and other social media platforms, we are in the public sphere where it is not only journalists who are broadcasting messages but where everyone contributes. Members of the public, who had previously only been the recipients of messages, can now produce their own. That creates an implied closeness as we are in a direct exchange with the user and can tailor our offerings to better meet him or her. We are using data which had never been available before through the accurate analysis of the individual successes and failures of each format.

What makes us strong? Distinguished heads of programming, those who maintain a perspective that is agile in regards to output and who can recognize a good story. They lead the way to wherever is possible, they correct our direction where course correction is necessary and are, as a result, role models for their younger colleagues.

Working together, we have set our program goals for the coming years. We want to place greater emphasis on digital, to become more focused and more exclusive. We want to tell more stories of our own and rejuvenate the programs. Above all, what we broadcast to the world must not leave anyone indifferent and we should not be indifferent.

"That which you want to ignite in others must be sparked from a fire burning within you." That’s another sentence from analogue times which remains valid in the digital age. The journalism with which we want to inspire must continue to inspire us.