Lawyers gave their final arguments as jurors prepared to deliberate on whether Derek Chauvin was guilty of killing George Floyd, a 46-year-old Black man who was arrested in May 2020 over the use of a fake banknote. 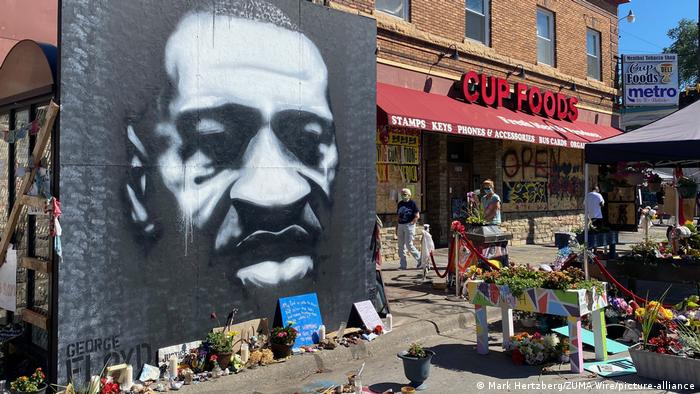 A prosecution lawyer told jurors to "believe your eyes" when he showed them a video of George Floyd's death in his closing arguments in the trial of ex-police officer Derek Chauvin.

Steve Schleicher, a prosecutor with the Minnesota attorney general's office, said that Chauvin was guilty of murder when he kneeled on Floyd's neck for nine minutes and 29 seconds during his attempted arrest in May last year.

What did the prosecution argue?

Chauvin, who is white, pushed his knee into the neck of Floyd, a 46-year-old handcuffed Black man, outside a grocery store after he tried to buy cigarettes with a fake $20 bill.

The extensive video footage of Floyd's death from multiple angles is the heart of the prosecution's case. Jurors have spent hours rewatching the videos in the courtroom.

"Believe your eyes," Schleicher said. "This case is exactly what you thought when you saw it first, when you saw that video."

He told jurors Chauvin used unreasonable, and therefore illegal, force in compressing Floyd's torso against the road, starving him of oxygen. 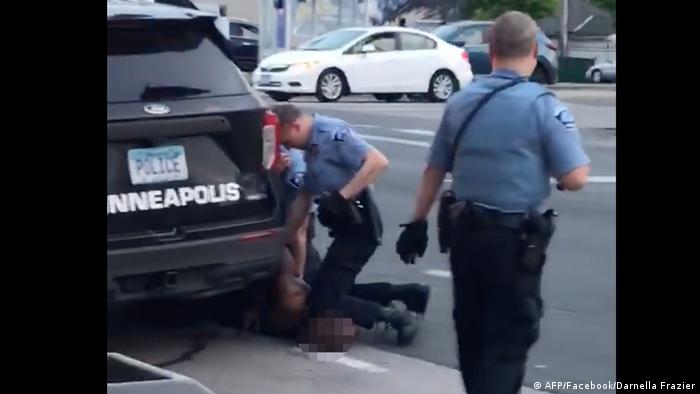 Floyd "asked for help with his very last breath," the prosecutor said, but Chauvin did not provide assistance.

"George Floyd was not a threat to anyone," Schleicher said. "He was not trying to hurt anyone."

What is the defense's case?

The defense contends not only that Chauvin acted reasonably but that the 46-year-old Floyd died of heart disease and illegal drug use, not Chauvin's actions.

Under the law, police are given certain latitude to use force and their actions are supposed to be judged according to what a "reasonable officer" in the same situation would have done — a point the defense stressed repeatedly. 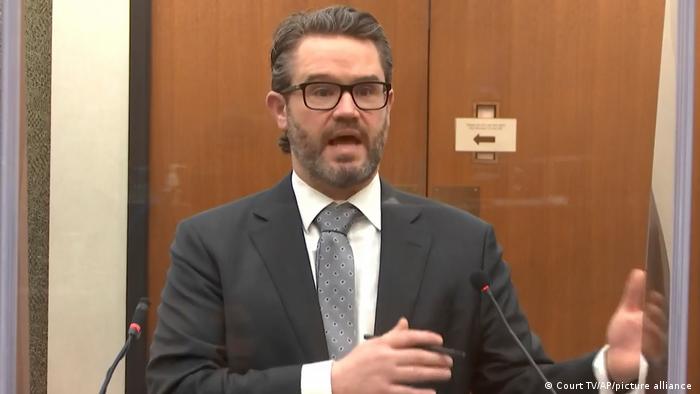 Chauvin's lead lawyer, Eric Nelson, said he behaved as any "reasonable police officer" would, arguing that he followed his training from 19 years on the force.

"You have to take into account that officers are human beings, capable of making mistakes in highly stressful situations," he argued.

Given the circumstances that were known to Chauvin, Nelson said, the neck restraint was "an authorised use of force" and that this would cast "reasonable doubt" on any murder conviction.

The prone position in which Floyd was held, he argued, "is routinely trained and used by the Minneapolis police department."

Nelson added that prosecutors were wrong to dismiss his theory that carbon monoxide poisoning from the nearby police car's exhaust may have contributed to Floyd's death.

Chauvin, dressed in a grey suit and dark blue shirt and tie, removed his face mask, worn as part of the coronavirus pandemic's social-distancing requirements, and watched his lawyer defend him.

He had declined to testify himself, citing his fifth amendment rights.

National news networks carried live broadcasts of testimony after the first of more than 40 witnesses took the stand three weeks ago.

Jurors will now be asked to deliberate and consider their verdict.

For the second-degree murder charge, 12 jurors will have to agree that prosecutors proved beyond a reasonable doubt that Chauvin committed a felony, in this case assault, that was a substantial cause in Floyd's death.

They do not have to find that Chauvin intended to kill Floyd.

That crime carries a punishment of up to 40 years in prison, although sentencing guidelines call for a shorter sentence of up to 15 years for someone with no prior convictions.

The jury, along with two alternates, is comprised of six white women, two white men, three Black men, one Black woman and two multiracial women, according to court records. 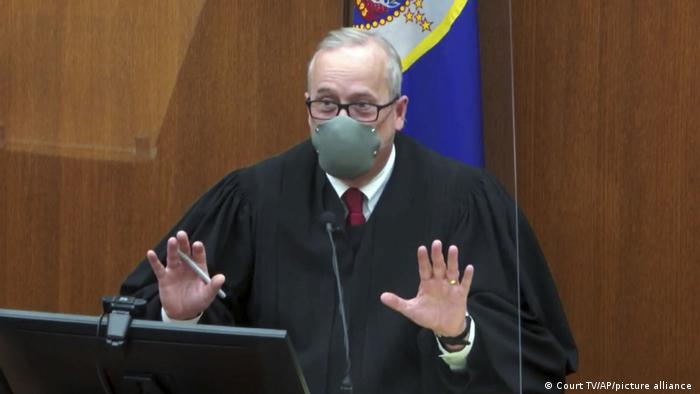 Judge Peter Cahill will let the jurors deliberate on their verdict

The case is being seen as a wider assessment of the state of race relations in the US, although prosecutors repeatedly played down that view in their closing arguments.

But the importance of the trial was underlined when a Minneapolis police officer shot dead a Black motorist, Daunte Wright, on April 11, triggering more angry protests. 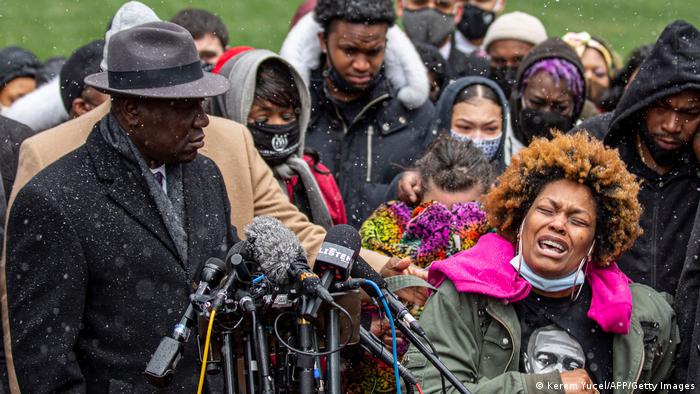 Floyd's death helped spark Black Lives Matter demonstrations worldwide amid global outrage at his treatment at the hands of Chauvin.

On Monday, White House press secretary Jen Psaki said the Biden administration has had a "range of conversations" about preparations for the upcoming verdict "to ensure there is space for peaceful protest."