Gaza emerges from the rubble

As a 72-hour truce between Israel and Hamas continues, residents and families in Gaza are literally trying to pick up the pieces of their destroyed livelihoods. 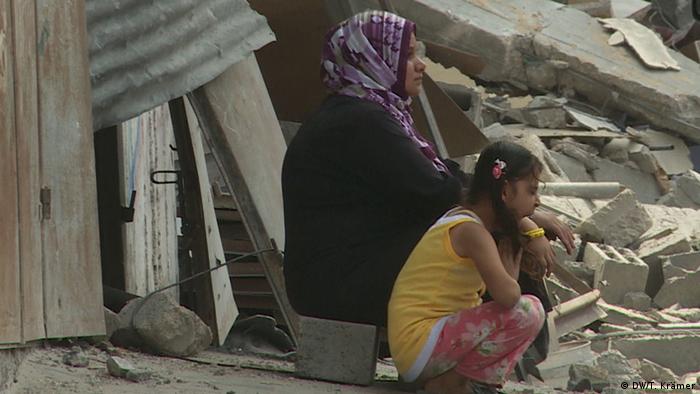 Only the shell of the four-story building is still standing. Half of its outer walls are blown away. The neighboring houses are all gone. Parts of the Shajaia Quarter in the east of Gaza City are barely recognizable. Umm Ibrahim El Ejla can hardly believe her eyes. Wherever she looks is a grey field of rubble.

"Where are we going now? What will we do?," she said, sobbing quietly. "Look around you, this place has become a ghost town." The mother of 11 looked exhausted. After four weeks of war between Israel and Hamas the family took a chance to go back to their home for the first time since the 72-hour truce started on Monday.

But not much is left of what they called home until four weeks ago. Everything has changed since the day they were told to leave. "They told us we need to leave," the mother recalls. "First we went to neighbors nearby, but when the fighting became worse, we just left, in the middle of the night, with almost nothing." They took shelter at a UN-run school. But they didn't feel safe there. "There were too many people, no running water, the kids got sick," Umm Ibrahim says. "The worst was that we did not feel safe. All the time there were airstrikes and shelling."

Over 270,000 Palestinians had sought shelter from the fighting in 90 schools, run by the UN agency for Palestinian refugees (UNRWA). Three UNRWA schools sheltering displaced people were hit during the war, allegedly by Israeli shelling. "At least the world is seeing now, what is happening here. As much as we have lost, we hope that there will be at least some result," says Umm Ibrahim.

In the neighboring flat, Farhana El Ejla is busy picking up a few things from the rubble; a picture of the family's grandfather and a few personal items. Most of the furniture is destroyed and covered by concrete dust and pieces of rubble. "We have been staying with relatives in the past weeks, but it was difficult and we do not want to impose any longer," she says. She has no idea where she and her family will stay in the long term. "People here," she says, "talk about rebuilding their homes, but nobody knows how they would be able to do it."

It is not clear if the border crossings will be opened and if building materials will be allowed in at some point. There is no one to turn to and ask for help - and after all, nobody here even knows if the 72-hour truce will actually last and become permanent. "God willing, it will, there was enough fighting," Farhana El Ejla says wearily. 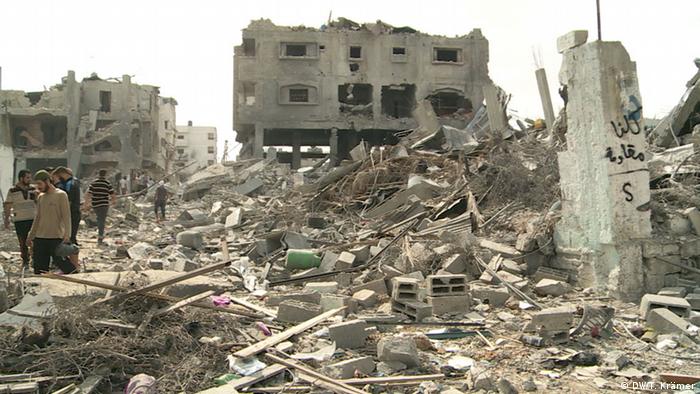 The bombing may have stopped for now, but for many Gazans the trauma continues

It is not just the house of the El Ejla family which needs to be rebuilt. The whole neighborhood has been reduced to rubble. On one road, parts of a bombed Palestinian Red Crescent ambulance lay as a reminder of the reality of this war. At least two ambulance drivers died on this street while trying to rescue remaining residents under heavy Israeli bombardment of the neighborhood. Electricity lines are down in this street and in most of the area. A small truck with a water tank went around delivering drinking water to the few residents who returned - running water is no longer available in many areas. In another house, an unexploded Israeli bomb is stuck in the wall. Yet despite this danger, the family returned. They had nowhere else to stay, says the father. In any case, the situation cannot get worse.

While residents in Shajaia try to come to terms with the destruction, people in other areas of Gaza city make the best of the three-day truce to venture out. The buzzing sound of Israeli drones which continue to fly over the city are a steady reminder that the conflict is still unresolved. Still, most shops have opened up and the streets are busy again with people looking for what they need.

Tal'at As'ad was waiting for bread in a long line in front of a bakery. "This is what has become of us, waiting for a bag of bread," the young man says. Usually the family bakes its own bread at home, but the electricity outage makes the task impossible because they cannot run their oven anymore.

Even before the war, electricity was limited to 10-14 hours a day, but now it is down to two hours for those in the city who are lucky enough to have any supply at all. The only electricity plant was bombed during the war and although Gaza receives additional electricity from Israel and Egypt, it is not enough for the 1.7 million residents of the Strip.

The bakery runs on a generator for as long as there is enough fuel. "Everything has become so complicated in Gaza," says Tal'al As'ad who lives nearby. "But by God, so far my family is ok and we are surviving. I just hope that the ceasefire this time will last." 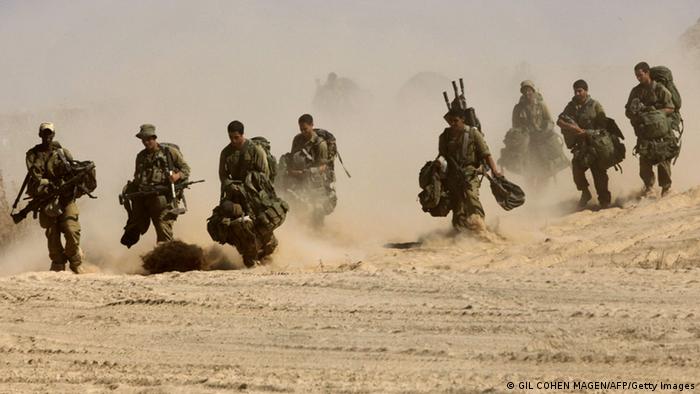 Pulling back- for now, but the future is as uncertain as ever

Indirect talks are said to be underway in Cairo between a Palestinian delegation and Israel. However, news coming from Egypt does not provide any indication about what will come next for Gazans. Everybody here wants to see an end to the long siege imposed on the small coastal enclave. But for some, even this will not help to overcome the trauma of the war.

In the refugee camp of Jabaliya, Ayman Nijem stands in front of the bombed house of his relatives. The small three-story building was hit in an airstrike last Sunday night and at least seven members of his family were killed. "The Israelis simply targeted everything, the Palestinian Red Crescent ambulances, the hospitals, the schools and us, the civilians," the young man says angrily. "Everybody here lost someone in this war. An uncle,a grandmother, a child. What do you think these people around us will do in the future? They will defend our land against the occupation."

The people around him are helping to clear up the small street. Another family member has taken on the grim task of looking for small body parts amid the rubble. Death has become an almost everyday occurrence in the neighborhood. While looking at the pile of rubble and concrete, one neighbor, Abu Ramzi, said, "There is no more morality and humanity left." Like most of the Palestinians here, he wants to see an end to the fighting, but no one is sure what the future holds.

Another neighbor whose house was also damaged in the strike, says calmly: "We just want to live in dignity and security, like any other nation. Everything that happens here seems to be wrong."

The EU and North Macedonia: More 'trauma' before membership?