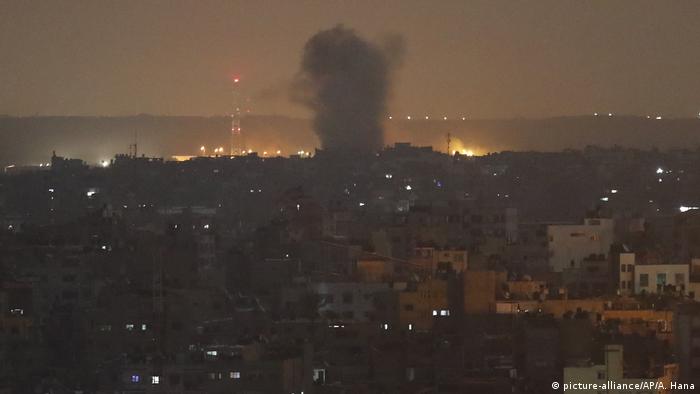 Israeli warplanes killed six members of a Palestinian family in an airstrike in central Gaza on Thursday, bringing the death toll to at least 32 within a 48-hour period, Gaza health officials said.

Israel killed an Islamic Jihad field commander on Tuesday, sparking a barrage of retaliatory cross-border rocket fire in the biggest flare up of violence in years.

A spokesman for Islamic Jihad announced on Thursday morning that a cease-fire had been agreed after Egypt mediated a truce, but Israel has not confirmed it yet.

Gaza health officials said Israeli strikes have killed 34 Palestinians, at least a third of them civilians. Among the dead are women and children. At least 97 Palestinians have been wounded.

The Israeli Defense Forces said its Iron Dome defense system had intercepted around 90% of more than 300 rockets fired from Gaza since Tuesday.

Gaza's Hamas rulers have stayed out of the fray between Iran-backed Islamic Jihad and Israel, signaling the violence could be brief.

Israeli Prime Minister Benjamin Netanyahu said Wednesday that the military would continue to pound Islamic Jihad as long as the group continued to fire rockets.

The escalation comes as Egypt and the UN are seeking to mediate a ceasefire.

Islamic Jihad on Wednesday offered a truce if Israel accepted its terms.

These included Israel ending its practice of targeted killings of militants, its often lethal response to weekly Gaza protests and the easing of a blockade on Gaza that has exacerbated a humanitarian disaster.