A gay librarian who was bullied by his colleagues in Yangon posted a final message on Facebook before taking his own life. In his final words, Kyaw Zin Win pleaded not to be reborn in a land of oppressors. 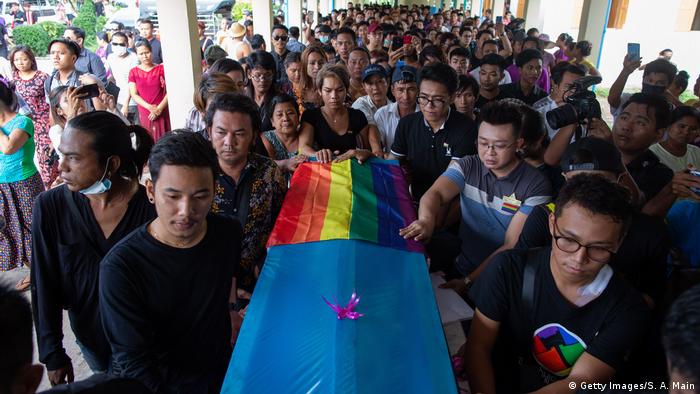 Human rights groups have called for a protest outside of a Myanmar university on Friday after a gay employee who said he was bullied because of his sexuality committed suicide.

In a Facebook post, 26-year-old Kyaw Zin Win on Sunday detailed how he had suffered harassment by his colleagues at the Myanmar Imperial University library after being forced to leave his job at there.

He alleged his bosses made him publicly admit that he was gay and also attached screenshots of group chat messages showing colleagues mocking his sexuality.

Win's post has been shared thousands of times in Myanmar, where Facebook is the main mode of online communication.

Win's final post included a plea not to be reborn in a country "where superiors oppress those under them."

While Myanmar has opened up more to the LGBT+ community in recent years, same-sex relations remain illegal because of a British colonial-era law known as Section 377, which makes gay sex punishable with up to 10 years in prison.

"We need to get rid of this law. Having Section 377 allows people to discriminate the LGBT community," said Hla Myat Tun, deputy director of Yangon-based campaign group Colors Rainbow. 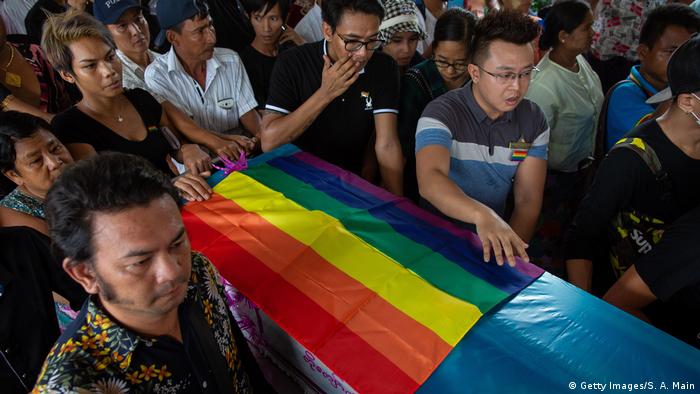 Hundreds of mourners attended Win's funeral on Wednesday in Yangon, the country's largest city. His body was cremated in a casket wrapped in a rainbow-colored flag.

In the largely conservative Southeast Asian country, some of the mourners hid their faces due to fears of being outed by the media.

The university is currently investigating the suicide and has so far suspended three staff members. One of Win's colleagues, whose name appeared in the final Facebook post, denied any role in the bullying.

Myanmar Imperial University issued a statement on Monday, calling the suicide "tragic" and said that it had visited Win's family.

Human rights groups said the planned rally on Friday outside the university would honor Win and call for the decriminalization of homosexuality and the introduction of an anti-discrimination bill.