Five hundred years ago people looked to the stars for navigation, relying on their position in the hemisphere to guide them across the continents and oceans. Today, the stars have been replaced by satellites. 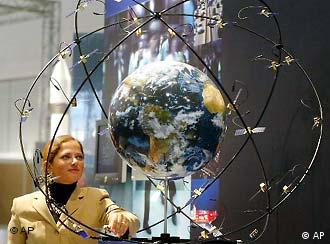 Galileo will be a truly global navigation system

Orbiting at a distance of some 23,000 kilometers above the earth’s surface, several dozen satellites, many sent up in the late 1950s and 1960s by the United States and the Soviet Union for military use, provide ships and planes with a global navigation system. In the last 10 years, the number of satellites used for commercial purposes has increased rapidly, but the United States still dominates the field, and the Pentagon controls access.

All that will change in the next few years with the launch of Galileo, the European global satellite navigation system. The GIOVE-A satellite -- the first in what will eventually become a constellation of 30 satellites encircling the globe -- is scheduled for launch on Wednesday morning.

When Galileo becomes fully operational, people anywhere in the world will be able to rely on the ESA’s satellite technology for personal navigation. In northern Norway, for example, where there is no possibility of accessing global navigation systems because the current satellite network does not cover the region, a combination of Galileo and special mobile phones will enable people to determine their exact position, down to the very meter, free of charge. 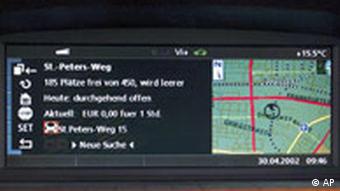 Personal navigation systems may change the way we travel

Commercial channels, on the other hand, will charge a fee for their use. A transport company, for instance, will be able to keep track of where each one of its trucks is located, while the truck drivers themselves rely on Galileo to help them navigate through foreign cities.

Europe's biggest infrastructure project ever, Galileo is lead by the European Space Agency and the firm Galileo Industries, a Germany-based consortium that includes European space industry giants like EADS, Alcatel and Alenia Spazio. By the time operations of the 30-satellite constellation begin, the EU will have invested approximately 3.8 billion euros ($4.5 billion) in this ambitious project.

Global navigation is rapidly becoming a lucrative market. The European states participating in the Galileo project are expecting big returns on their investment. Supporters of the project predict that it will lead to the creation of some 140,000 jobs in the high-tech sector and generate €74 billion in earnings over the next 20 years. 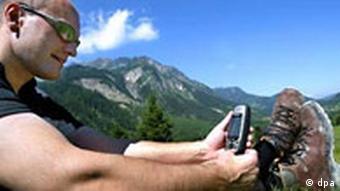 Germany, as Galileo’s largest financial investor hopes to profit the most from the system, and was a strong advocate in lobbying for ESA approval.

After its completion, Europe's Galileo navigation system will guide trucks carrying goods across European highways, it will help land planes at Europe's crowded airports, it will assist ships docking in its busy ports, and it will aid the blind in finding their way through city streets.

But to many Europeans, the most important thing about Galileo is that it will wean the EU of its technological dependence on the American global positioning system (GPS).

Cutting a deal with Washington

Europeans have long complained that GPS is unreliable for critical use because, as a military system, it can and has been scrambled during times of crisis. The system, which is under the control of the U.S. Department of Defense, can be downgraded or even switched off if the government believes it is being manipulated by an enemy state or a terrorist group. 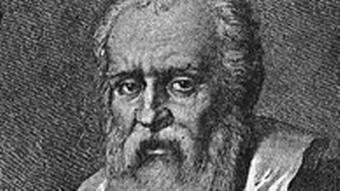 This happened, for instance, during the war in Kosovo when the U.S. restricted European use of the GPS. That lack of reliability has made GPS unfeasible for applications where a slight inaccuracy could result in deaths, like air traffic control.

For a number of years, Galileo served as a serious thorn in the side of transatlantic relations. Officials in Washington feared the spectrum used by Galileo could interfere with the GPS signal used by the military, making it difficult for the Americans to scramble the signal in times of crisis.

Others in the US argued that satellite navigation systems should be available for free, like GPS, and there was no need for a commercial version. But Washington and Brussels reached a deal in June 2004 that will make the two systems compatible and interoperable while at the same time maintaining autonomy over each system, effectively eliminating any remaining conflict over the project

The Russian plan to build a new spacecraft for manned missions has captured the attention of the European Space Agency. EU ministers, however, are yet to approve the expensive project. (Dec. 12, 2005)

The world's first satellite designed and built entirely by students was launched into orbit this week for the European Space Agency under a program meant to inspire and train Europe's future aerospace workers. (Oct. 29, 2005)