The G7 is to examine more closely Russia's attempts to sow "doubt and confusion" abroad, Britain's foreign secretary has said. The announcement was made on the sidelines of a ministerial meeting in Canada. G7 foreign ministers made the agreement, which has come amid heightened tensions with Russia over Syria and Ukraine, during a two-day meeting in Canada ahead of a G7 leaders' summit in June. 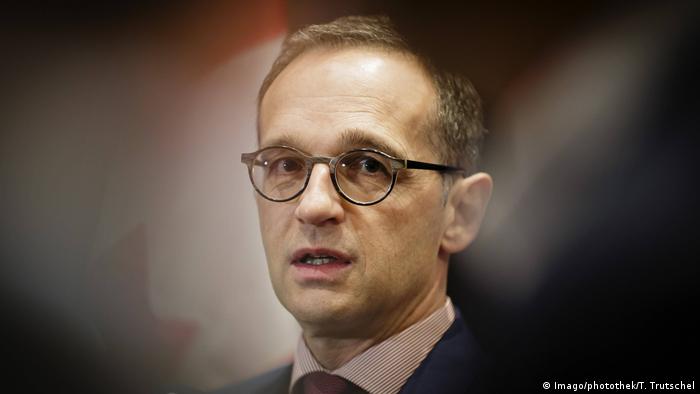 German Foreign Minister Heiko Maas told reporters: "There will be no political solution in Syria without Russia"

From G8 to G7: The current G7 countries decided in 2014 to expel Russia from what was at the time called the G8 after Russia annexed the Crimea peninsula from Ukraine. Current members include: The US, UK, Canada, France, Italy, Germany and Japan.

Russia's transgressions: G7 countries have in recent years criticized Moscow's foreign policy, including its support for separatist rebels in eastern Ukraine, its intervention in the Syrian civil war and its cyber attacks on the US and European countries.

US sends deputy: The US was represented at the G7 meeting in Canada by Deputy Secretary of State John J. Sullivan. Mike Pompeo, who has been nominated to be the next US Secretary of State, could not attend because he still needs to be confirmed by the US Senate.

Iran factor: German Foreign Minister Heiko Maas said on the sidelines of the meeting that Germany and France would push Trump to stay in the 2015 Iran nuclear deal in the next few weeks. The deal's future is uncertain after US President Donald Trump set May 12 as a deadline to "fix the terrible flaws" of the agreement or reapply US sanctions on Iran.

What happens next? Government leaders including US President Donald Trump and German Chancellor Angela Merkel are set to meet for a two-day summit on June 8-9 in the eastern Canadian town of Charlevoix.

G7 Foreign Ministers have agreed to pursue a peaceful resolution to the war in Syria but added that President Assad must be removed from power. US Secretary of State Rex Tillerson is now due hold crunch talks in Moscow. (11.04.2017)